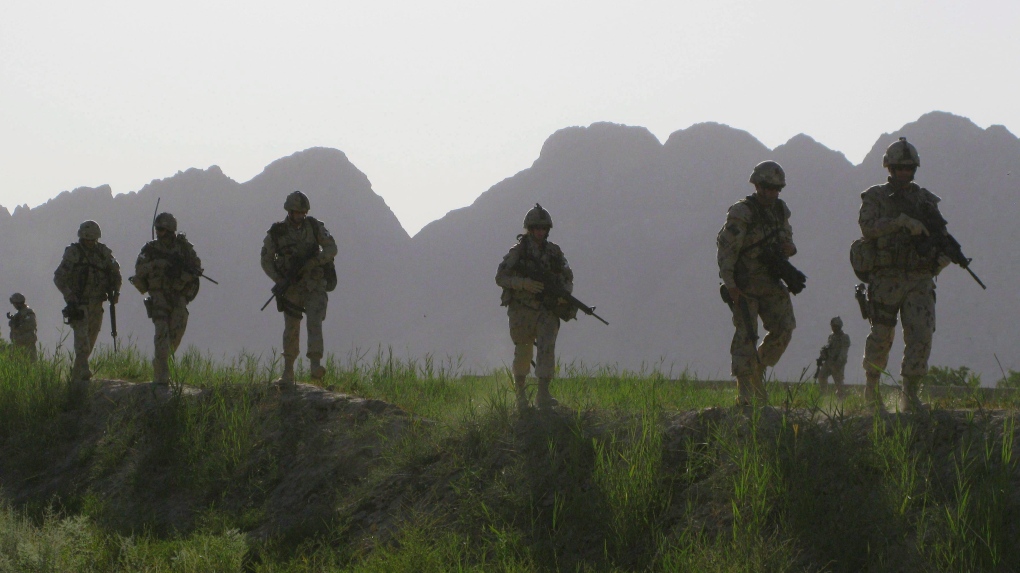 Veterans from the war in Afghanistan receiving federal support for mental-health conditions nearly doubled between March 2014 and March 2018.

OTTAWA -- Canada's war in Afghanistan ended five years ago but the price of that effort continues to grow.

Newly revealed figures show the number of veterans from the war in Afghanistan receiving federal support for mental-health conditions nearly doubled between March 2014 and March 2018.

The figures are in a report obtained from Veterans Affairs Canada through access-to-information legislation and underscore the enduring toll the war has taken on the mental health of many military members who served there. They also highlight the importance of adequate mental-health services for veterans, which successive federal governments have sought to address over the years with mixed results.

The report was provided to former attorney general Jody Wilson-Raybould in January upon her appointment as veterans-affairs minister, a post she held for only a few weeks before resigning amid the SNC-Lavalin affair.

According to the document, more than 6,700 military members who served in Afghanistan received disability benefits for mental-health conditions in March 2018 -- an increase of nearly 3,200 from the same month in 2014.

In both cases, the vast majority of those receiving benefits for mental conditions were struggling with post-traumatic stress disorder "directly related to their service in Afghanistan," according to the report.

In fact, PTSD was found to have been the top medical diagnosis for Afghan war veterans applying for assistance, as compared to hearing loss and ringing in the ears for service members who had not deployed to Afghanistan.

More than 40,000 Canadians served in the 13-year Afghanistan mission, which began with fighting the Taliban after the 2001 terrorist attacks on the United States and progressed to trying to stabilize and rebuild the war-torn country.

That means nearly 17 per cent of all Canadian military personnel who deployed to Afghanistan have received federal assistance for psychological trauma sustained during the war.

Successive federal governments have been criticized for years over the support provided to such veterans, with concerns raised about financial assistance and long wait times for mental-health services.

Veterans Affairs Canada recently revealed nearly 40,000 veterans were waiting at the end of November to hear if their applications for financial assistance would be approved, 11,000 more than the previous year.

And more than one-third of them had been in the queue longer than 16 weeks, which was also an increase and a sign that veterans were waiting ever longer to find out whether they were entitled to assistance.

While Veterans Affairs did not say how many of those applications related to psychological injuries, an internal report obtained by The Canadian Press last year found demand for mental-health services routinely outstripped available resources.

The federal auditor general has also reported on long wait times for such services.

Veterans Affairs Minister Lawrence MacAulay's spokesman Alex Wellstead said there has been an overall increase in the number of former service members who have "put trust in their government and come forward to get help."

And while he acknowledged that "there is more work to do," Wellstead said the government is spending billions of dollars on new supports and services as well as additional staff to ensure veterans get the help they need.

The newly released report shows the officials approved 96 per cent of the 2,453 applications for assistance from veterans with PTSD in 2017-18, whereas the approval rates for many other medical conditions were between 75 and 85 per cent.

At the same time, Wellstead noted the department recently established a partnership with the Royal Ottawa Mental Health Centre to research psychological trauma and provide better advice and support to health-care professionals.

"When it comes to mental-health supports, we work with over 4,000 mental health professionals across the country to ensure veterans get the help that they need," he said in an email.

"As well, we have hired over 700 new staff to replace the ones the previous government fired, which is helping the processing times. ... There is more work to do, but we're going to continue to do the important work that Canadians expect."