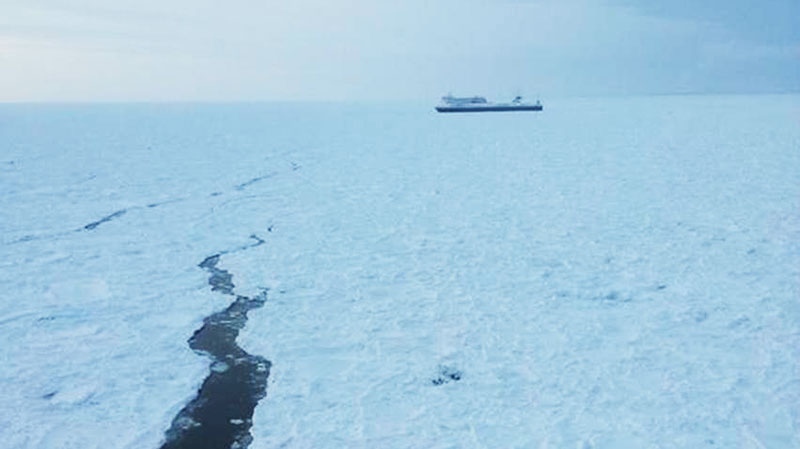 Spokesman Darrell Mercer says there are 209 passengers onboard along with 85 commercial trucks and 65 vehicles.

He says it's hoped the 200-metre-long vessel will soon be able to free itself or that a coast guard icebreaker can assist.

The worst ice conditions in decades saw major disruptions in 2015, including some similar incidents.