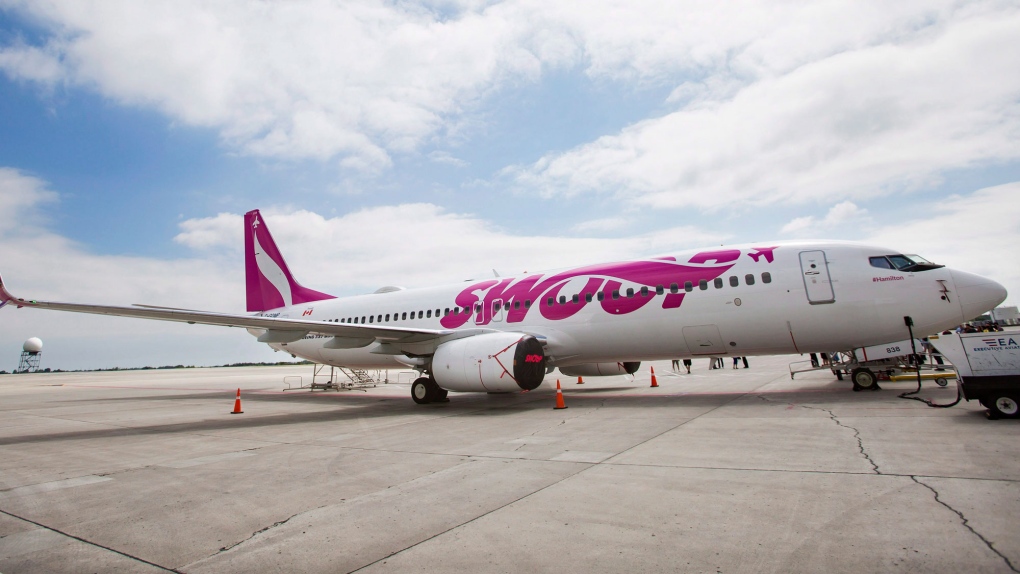 TORONTO -- A flight attendant injury onboard a Swoop airlines flight heading to Cancun left more than 100 passengers scheduled for the return flight stranded in Mexico for days.

Ann Marie Tulett, who was supposed to be on the flight back to Hamilton after a vacation with her husband, said Swoop employees did not inform them of the situation until much later and gave passengers two nights’ accommodation in hotels that were less than desired.

“They were shipping everybody into the downtown core of Cancun, which is not a safe area at all,” Tulett told CTVNews.ca in a phone interview.

Tulett called the hotel that Swoop had directed her and her husband to an “absolute dump,” to the point where she opted to sleep on the patio furniture outside instead of the room.

“Our beds were on concrete slabs, there were cockroaches running around the hotel,” she said. “It was just disgusting.”

Tulett is scheduled to return back to Hamilton on Thursday evening, but said other passengers were told they would not be able to fly back using Swoop until as late as Jan. 23, more than a week after they were scheduled to land back in Hamilton. Tulett added that some passengers -- including some of her travel companions -- chose to pay out of pocket for a flight home on another airline.

Tulett said the biggest issue she has with the Swoop’s handling of the situation is the lack of communication on their behalf, including when it comes to informing passengers how they can apply for their expenses to be reimbursed.

“You can’t get a hold of anybody at Swoop. I’ve messaged them. I’ve emailed them. I’ve called them (and) sat on the phone for an hour and a half on hold. I finally gave up.”

Swoop Airlines said flight WO651 scheduled for Jan. 14 was cancelled after a flight attendant on the inbound flight was injured.

“Industry regulations stipulate that we cannot operate a flight without a full complement of crew,” the company said in a statement. “All impacted travellers were offered several reaccommodation options to get them where they need to go in accordance to our Flight Interruption Policies. Travellers were also offered hotel and meal vouchers.”

Swoop added when a cancellation like this occurs “call centre wait times do increase.”

“We understand how frustrating it is when travel doesn’t go as planned and apologize for the inconvenience,” she said.