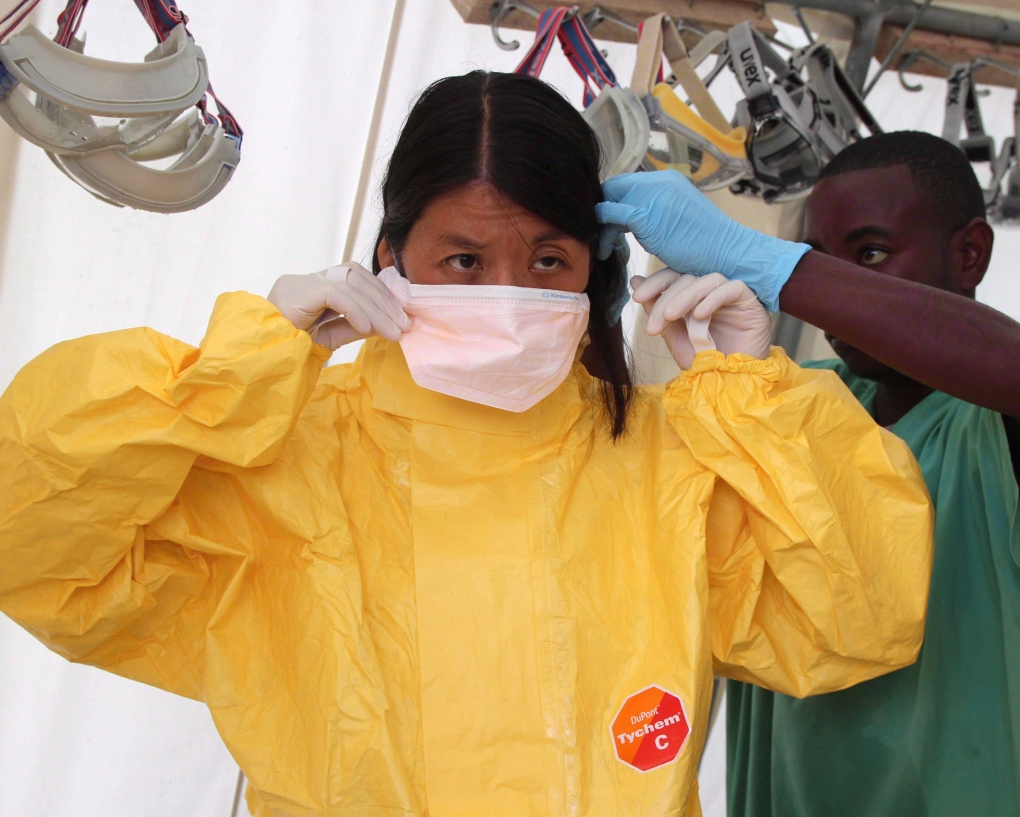 WASHINGTON -- Canada is about to announce new measures in the fight against Ebola, Prime Minister Stephen Harper told his U.S. counterpart Thursday amid increased fear over the spreading virus.

The prime minister made the promise in a phone chat with U.S. President Barack Obama, according to a summary of a phone chat released by Harper's office.

The new measures will add to Canada's current contribution of $5 million, as the United Nations pleads for more international help and warns that the virus must be contained within 60 days.

The growing concern has also prompted Obama to suspend two days' worth of campaign events for the midterm congressional elections -- a rare schedule change for a president who has in the past prided himself on a no-drama response to crises and more than once attended partisan fundraisers on the day of tragic events.

"He also indicated that Canada is a strong contributor to the international effort and that additional support would be announced in the coming days."

The growing sense of panic was reflected in a congressional hearing Thursday in Washington.

One lawmaker even briefly questioned whether the northern border might need to be better secured. That improbable reference to the 49th parallel came from a Tennessee Republican, who during a House hearing asked whether America's land borders were safe from the deadly virus.

"Do we need to worry about having an unsecure southern and northern border?" Marsha Blackburn, the vice-chair of the House energy committee, asked.

"Is that a big part of this problem?"

No, said the witness in question, Dr. Tom Frieden, the head of the Centers for Disease Control, who spent three hours Thursday taking questions from politicians amid escalating concern about the outbreak.

Blackburn, it turns out, misunderstood Frieden's reference to "overland travel" -- he was talking about West Africa, not North America. But the exchange illustrates the growing anxiety in the U.S., and the extent to which the virus is becoming a political football with congressional elections barely two weeks away.

The fear is being fuelled by the death of a tourist from Africa, the spread of the disease to two medical workers who treated him and, finally, an admission from the health-care system that it goofed in the initial response.

The latest snafu came to light with the revelation that one of the two infected Texas nurses who treated the late Thomas Duncan was allowed on a plane despite having reported a high temperature.

Amber Joy Vinson informed the CDC about her slight fever, but was allowed to board a flight back home to Ohio to plan her wedding. She was diagnosed the next day.

A Texas health official expressed his regret over the handling of the initial patient, Duncan, who had been travelling from Africa.

"We did not correctly diagnose his symptoms as those of Ebola, and we are deeply sorry. Also, in our effort to communicate with the public quickly and transparently, we inadvertently provided some information that was inaccurate and had to be corrected."

He conceded that such errors might have further unsettled a community already worried about the disease.

Some politicians are using that concern to attract attention to their own causes. A few Democrats have tried blaming conservatives for cuts to the health system, and some Republicans have used the outbreak to bolster their case for a clampdown on the southern border.

That's despite the fact that no cases have been detected in Mexico, or in Canada.

A broader chorus of voices is calling for a travel restriction on the West African countries plagued by the outbreak, notably Liberia, Guinea and Sierra Leone, where the death toll is expected to hit 4,500, according to the World Health Organization.

Several politicians have urged a temporary travel ban, as has the former spokesman for Obama, Jay Carney, on the basis that it would reassure the public.

"People are scared," said Fred Upton, the Michigan Republican who chaired Thursday's House hearing. "People's lives are at stake, and the response so far has been unacceptable."

He said it's true that the problem needs to be solved in Africa and, until then, he said "we should not be allowing these folks in (from those countries), period."

The White House has resisted such calls.

Not only would such a ban on incoming flights hurt the economy, the White House says it would also lead to airlines cancelling outgoing flights to the affected areas and deprive them of desperately needed personnel and resources.

Frieden called a travel ban counterproductive, saying the key to stopping Ebola is taking action in Africa -- not sealing off the borders. The more the illness spreads there, the greater risk it will present here, he said.

It's now easier to screen people on incoming flights, and pass their contact information onto state and local authorities, rather than deal with people trying to enter through third countries, he added.

"If people were to come in by, for example, going overland to another country and then entering without our knowing... we would actually lose that information."