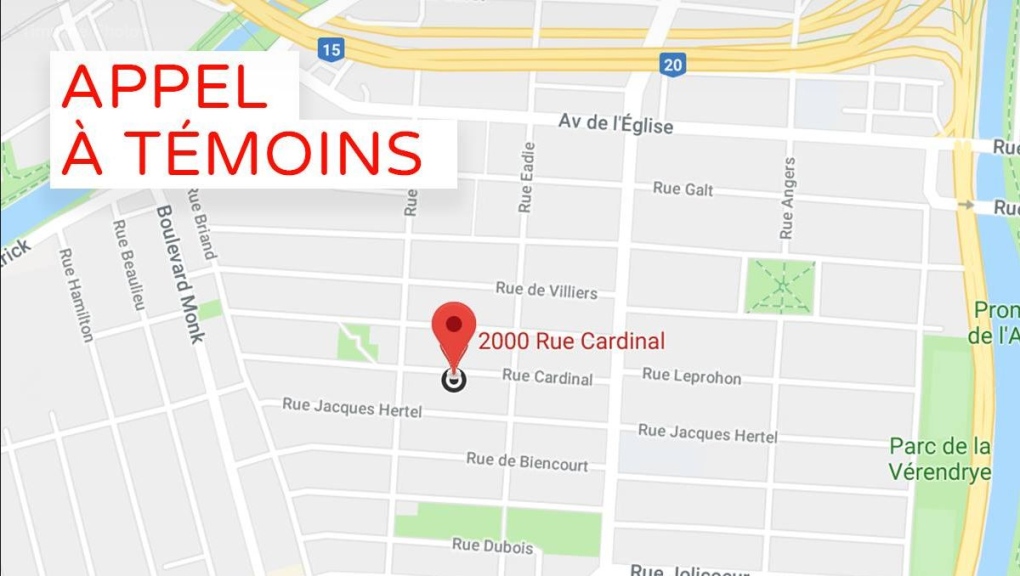 This map of the Sud-Ouest neighbourhood where the dog was discovered was posted on the SPCA Montreal's Facebook page with an appeal for information. (Photo courtesy of Montreal SPCA/Facebook)

Warning: Some may find details of this story disturbing

The Montreal SPCA is turning to the public for information after a dog was discovered dead inside a duffle bag in the city’s Sud-Ouest borough.

The group said in a Facebook post on Wednesday that the roughly one-year-old female husky-type dog was found dead on April 11 inside a black bag with “obvious signs of abuse” and appearing “alarmingly thin.”

The group’s Facebook post has been shared more than 3,000 times and received hundreds of comments condemning the dog’s treatment and calling for tougher punishments for animal abusers.

“RIP sweet girl, you didn’t deserve this,” Angela Massotti Vaccarelli wrote. “No normal human can do such a thing.”

“That is absolutely awful, and I hope that you find the people who did that,” Bea Davis commented. “They are monsters and deserve to pay.”

The SPCA’s Investigations and Inspections Department has opened an inquiry into this case, and is seeking the public’s help in order to identify and apprehend the person responsible.