Montreal professor says teachers should fight back against political correctness 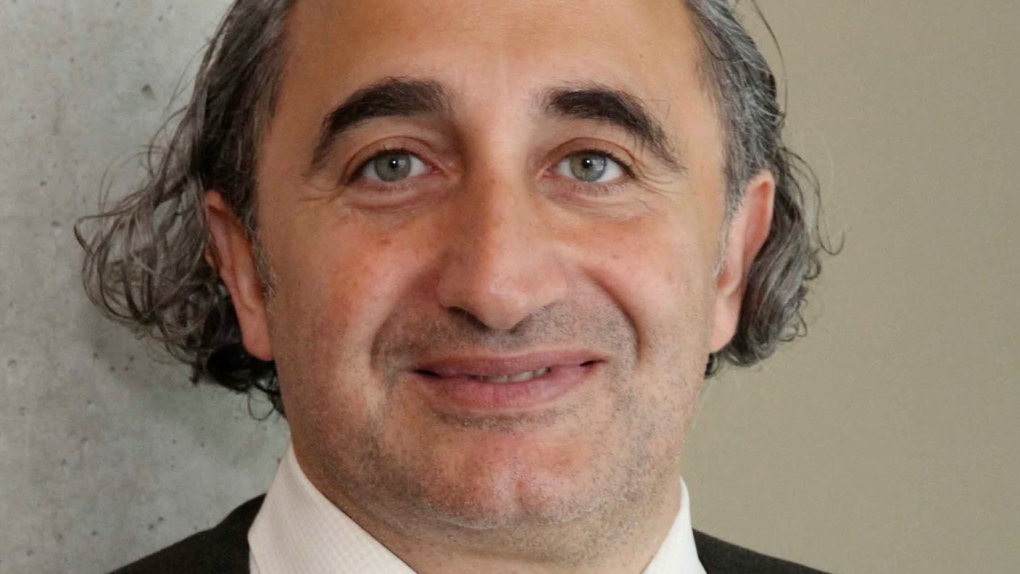 Gad Saad, better known as "The Gadfather" to his fans, regularly appears on highly popular U.S. talk shows and his YouTube channel has millions of views, yet the Montreal professor is largely unknown in Canada outside academic circles.

Gad Saad, better known as "The Gadfather" to his fans, regularly appears on highly popular U.S. talk shows and his YouTube channel has millions of views, yet the Montreal professor is largely unknown in Canada outside academic circles.

He is credited with founding the field of evolutionary consumption, which teaches that men and women are influenced by biology and Darwinian principles when they shop.

But Saad, a Concordia University marketing professor, is perhaps just as known for his public battles against what he considers to be a social justice culture that harms society by rejecting intellectual diversity.

He argues political correctness is limiting the free exchange of ideas on university campuses across the continent -- and he holds special disdain for professors who do not fight back.

"The seven deadly sins should be updated," Saad, 52, said over coffee. "We should add an eighth sin: Cowardice."

"Most (teachers) put their heads down. They want to do their research, not ruffle feathers, and cowardice seeps in -- let someone else fight the battles."

When University of Toronto Prof. Jordan Peterson was vilified for refusing to use gender-neutral pronouns for transgender people, Saad invited him on his YouTube show (The Saad Truth) instead of joining the chorus of academics and others who denounced him.

Saad is a Lebanese Jew who fled his home country with his family during the civil war in 1975 and moved to Montreal.

Four years later, when he was 15, his parents returned to Lebanon and were kidnapped by a militia tied to the Palestinian Fatah, which he says was hired by someone who wanted to take his father's store.

They were released about a week later but neither he nor his parents have returned to the country.

Being forced to flee such a country has influenced his politics, he says. His experience as a youth is one of the main reasons he can't stay silent about a cultural phenomenon he believes threatens freedom of speech in Canada and the United States.

While student unions across the continent concoct lists of banned Halloween costumes to protect against "cultural appropriation," Saad uses his YouTube channel to satirize them.

"Our African ancestors were the first to engage in breathing," he muses on the topic of one of his recent online broadcasts. "By that logic I think by breathing today, we are engaging in cultural appropriation of the first Homo sapiens. And so the only way I will ask you to stop being racist is to suffocate -- to stop breathing."

He sees some respite, however, from the political correctness fever he says has gripped society -- if only because it has become so bad "it's almost impossible to imagine how much more could the pendulum swing to the lunacy end."

Others in academia reject the argument that campuses have become intellectual wastelands.

University of Toronto physics Prof. A.W. Peet, who identifies as a nonbinary transgender person, says the debate over political correctness "is a red herring."

"I don't see any evidence whatsoever that, for example, loud, white, middle-aged, heterosexual, cisgender, able-bodied men are under threat from political correctness on campus," Peet said.

"It's just about these guys realizing that society is moving beyond their points of view ... and they are railing against the fact they are fading into irrelevance."

Saad's relevance, however, and his popularity are clear with every appearance on top-rated talk shows hosted by big names such as Joe Rogan, Sam Harris and Dave Rubin.

His four guest spots on Rogan, for example, received more than 200,000 views each -- on YouTube alone.

Saad is among a small group of Canadian professors who are pioneers in using social media to reach millions of people outside the classroom by popularizing complex scientific concepts.

His 2011 book, "The Consuming Instinct," explains that how and what people buy is triggered by four Darwinian drivers: survival, reproduction, kin selection and reciprocal altruism.

His fans and YouTube viewers learn as much about his trenchant satire against identity politics and so-called micro-aggressions as they do about how humans and other animals are often driven by the same biological factors.

Saad laments, however, that there are few formal structures in universities to promote and encourage professors using social media tools to spread knowledge.

He says that's changing, however, albeit slowly.

"There is an intellectual snobbery that regrettably many academics suffer from," he says. "They are proud their paper is only read by a small group of people -- makes it very exclusive. Let's get rid of that. If it's truly important, people should be excited about it."