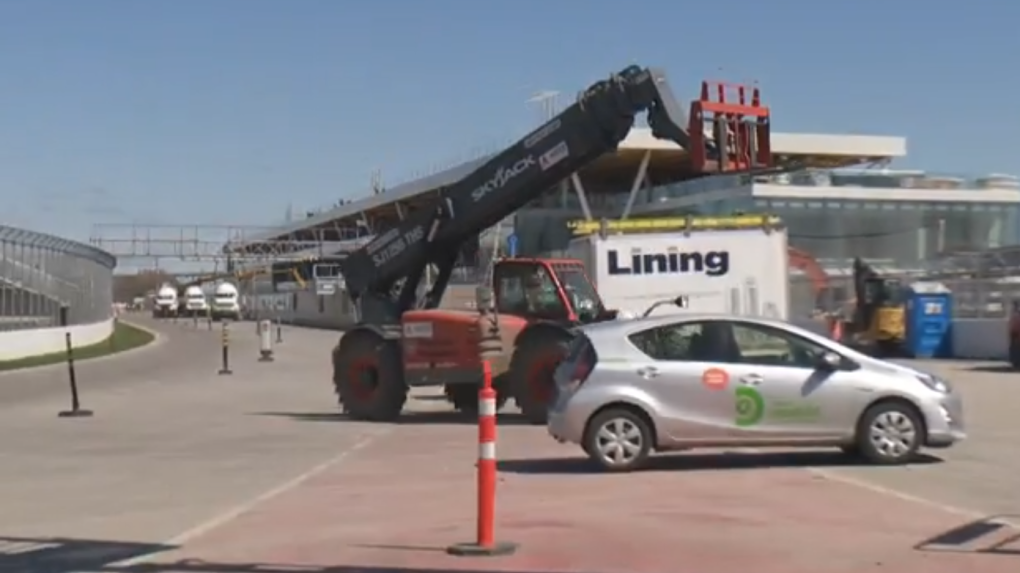 Crews for the Canadian Grand Prix in Montreal are racing to complete the city’s revamped circuit, but city officials are hopeful it’ll be done in time.

Despite the event being a few weeks away, the venue for Montreal’s Canadian Grand Prix still doesn’t have a full green light.

Construction workers are racing to complete the revamped Gilles Villeneuve Circuit in time for the annual Formula One event.

The venue for the annual race should have been completed last month.

There was a ribbon-cutting ceremony recently held for the track’s new paddocks and Montreal Mayor Valerie Plante says she’s hopeful the event will run smoothly.

The event has been running since 1961 and has been a part of Formula One World Championships since 1967.

But the Canadian Grand Prix has had a long history in Montreal specifically. When the event first came to the city in 1978, Canadian driver Gilles Villeneuve made history winning the race on home soil.

Since then, the aging circuit has been the site of several upgrades, with the garage being built in 1988.

But over the years, teams have only gotten bigger and brought in more equipment, according to Francois Dumontier, a promoter for the Canadian Grand Prix, who also admitted “we were not state of the art.”

So, as part of contract negotiations to keep the event in Montreal, Formula One organizers demanded the venue make upgrades to its track and facilities.

But construction has hit a few snags -- including slowdowns from a long harsh winter – and, in the end, the city has ended up spending $40 million, with Quebec chipping in $20 million.

Today, there are still 150 workers on hand who are working around the clock rushing to the finish line. But those running the venue are pleased with the changes.

Chase Carey, chairman and CEO for Formula One, has seen the progress and praised the facility, calling it “absolutely spectacular.”

Montreal organizers are confident construction will be wrapped up when the checkered flag is waved next month.

Canadian Grand Prix weekend runs from June 7 to 9, with the biggest race on Sunday.