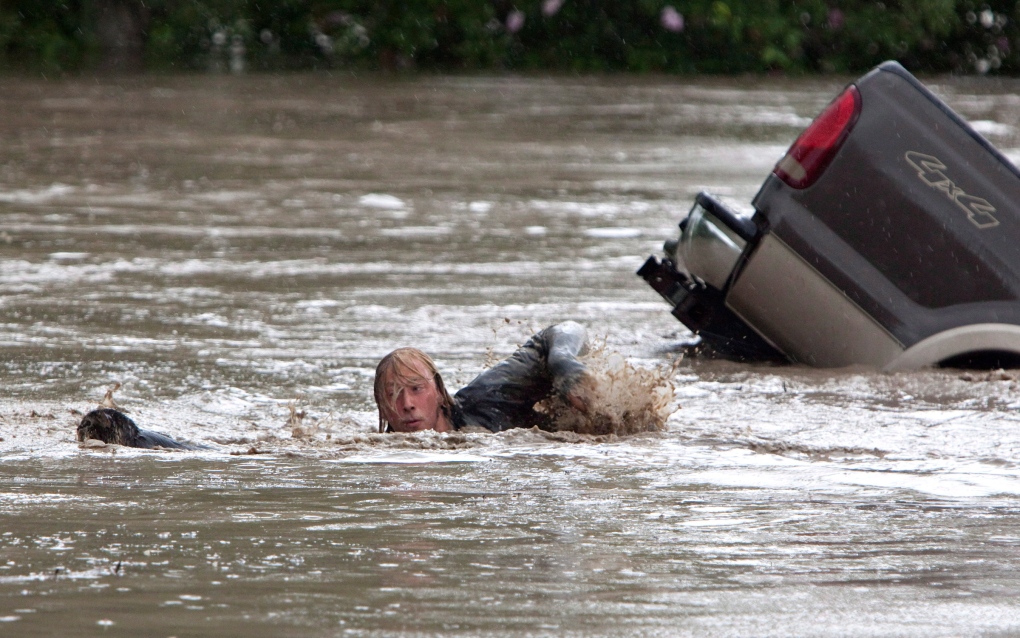 DE WINTON, Alta. - An eight-month-old cat's dramatic escape from a truck sinking in Alberta floodwaters has cast both the water-loving pet and her owner into the spotlight.

There has been an outpouring of concern on social media for Momo the cat and her owner Kevan Yeats since the two were photographed Thursday by The Canadian Press swimming to safety as Yeats's pickup truck was swept downstream in High River, Alta.

Yeats's mother, Lori Yeats, says both her son and "grandkitty" are safe and sound after their ordeal.

Lori Yeats -- who lives in De Winton, Alta., just south of Calgary -- says Momo is an indoor cat that actually loves water and constantly tries to crawl into the shower with her owner.

In fact, she says of the two, Momo is the faster swimmer.

Lori Yeats says her son and his pet were a little emotional last night, but they're taking their dramatic water adventure in stride.