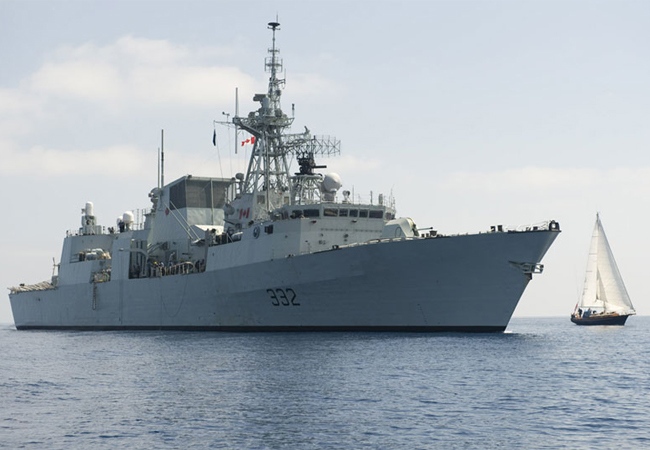 HALIFAX -- Investigators are assessing the damage and determining the cause of a fire on board HMCS Ville de Quebec that started in one of its generators as the crew was doing system tests on the vessel in Halifax.

Capt. Cameron Hillier, a spokesman with Maritimes Forces Atlantic, said Friday that the fire on board the Canadian frigate was detected at about 3 p.m. Thursday during a system test soon after one of the ship's four diesel generator engines was started.

He said the fire was inside the generator's enclosure, a large steel fitting with a window through which the fire could be seen.

Engineers spotted the fire and activated the suppression sprinkler system, quickly putting it out.

"Those three engineers were sent to hospital as a precautionary measure due to the potential for smoke inhalation," he said. "They were assessed as not requiring treatment and sent home."

He said firefighters with HMC Dockyard came on board to make sure the fire was extinguished. There were about 200 crew members on board at the time, with everyone reporting to their stations when the alarms sounded, he said. Crew from other ships came on board to help as well.

The vessel had just completed its Halifax-class modernization program in December and was undergoing refresher crew training and equipment tests.

Hillier said it's not clear yet whether there was any damage to any other equipment.

"The next step is to conduct an investigation to determine what happened and then of course to do an assessment of what kind of damage, if any, was done," he said.