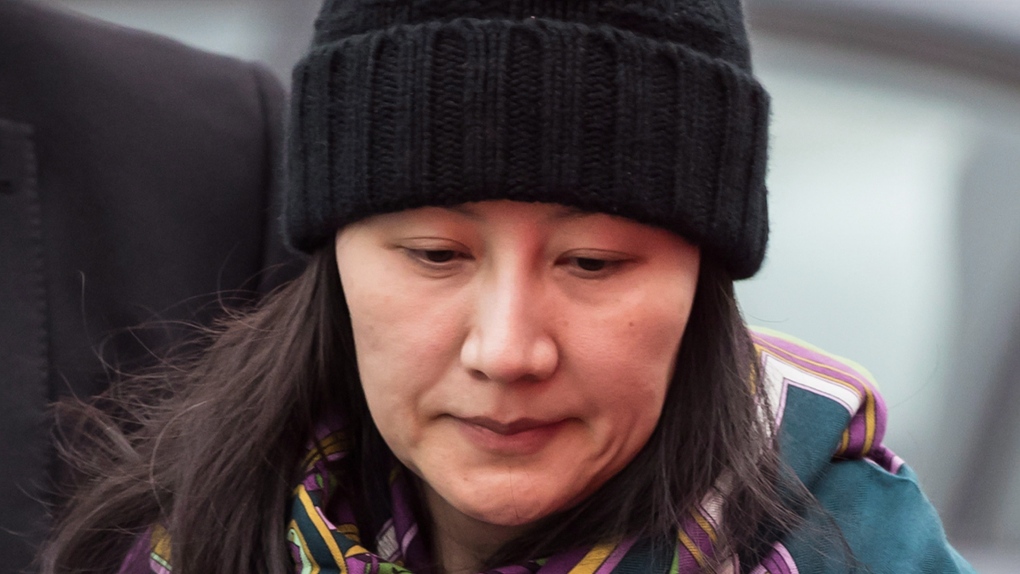 Huawei chief financial officer Meng Wanzhou is escorted by her private security detail while arriving at a parole office, in Vancouver, on Wednesday December 12, 2018. (THE CANADIAN PRESS/Darryl Dyck)

TORONTO – The lawyers for a Huawei executive who is accused of fraud in the U.S. have filed a court application calling for the Canadian government to immediately stop its attempt to extradite Meng Wanzhou.

A spokesperson for Huawei Canada says the application was filed Nov. 13 and claims that attempts to extradite Meng "cannot meet the standard of double criminality stipulated in Canada's extradition law."

Double criminality is a guiding principle of Canadian extradition laws. It means that for a person to be sent to face trial abroad, the offence they are accused of must be recognized as a crime in both countries.

Meng, who is Huawei's chief financial officer and the daughter of the tech giant's founder, was arrested at Vancouver's airport last December. The RCMP have said they arrested her at the behest of authorities in the U.S., where she is wanted on fraud charges over allegations that she violated American sanctions on Iran.

Canada has also enacted sanctions against Iran – many countries have, as part of a campaign to pressure Iran into abandoning its nuclear ambitions – but Meng's lawyers argue that the Canadian sanctions in force at the time of Meng's arrest were not equivalent to the American sanctions.

Additionally, the lawyers claim that the evidence against Meng does not prove that anyone suffered a loss due to Meng's alleged actions. Proving a loss is necessary for any criminal fraud conviction in Canada, but not in the U.S.

In response to an inquiry from CTVNews.ca on Wednesday, a spokesperson for Canada’s Department of Justice said they are “carefully reviewing” the defence team’s submissions.

“[We] will provide the Attorney General of Canada’s position to the court when it files written submissions and appears before the judge at the hearing in January 2020,” spokesperson Ian McLeod said in the statement.

Meng's extradition trial is scheduled to start in January. She denies any wrongdoing and is currently free on bail, under conditions that include wearing an electronic tracking device and spending overnight periods at her home in Vancouver.