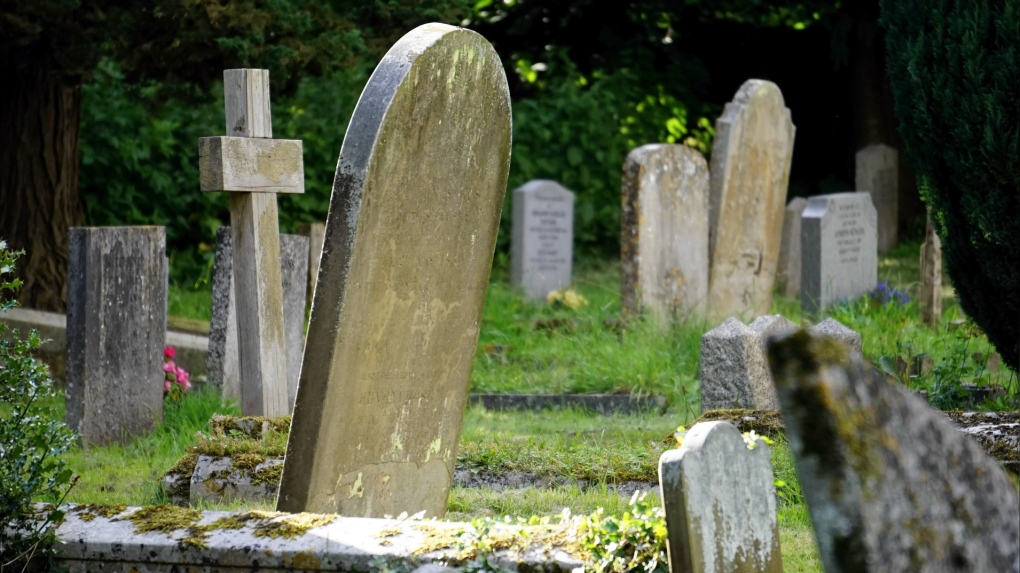 Warning: This story contains images that may be disturbing to some.

TORONTO -- Nineteen-year-old high school student Adrian Tsarevich, of Montreal, Que., is passionate about something that most people do their best to avoid -- death.

Tsarevich, who plans to enter into a mortuary program when he graduates, is the administrator of an Instagram account solely dedicated to raising awareness about the unclaimed and unidentified bodies across North America.

His Instagram account, which is titled "Nameless Does," features photos of dead bodies, along with details from the accompanying case file, details of where the body was found, the clothing the deceased was found in, their approximate age, weight, height and other identifying features.

“I had been in the true crime community for a long time, and I realized that people glorify the pictures of post-mortems or glorify gore pictures and [share] pictures without consent,” Tsarevich said in an interview with CTVNews.ca.

“I just felt like that was useless and tasteless to share photos that were not useful when you could be sharing photos that could be used to solve cases...[while] still providing a visual depiction of death but in a healthy way,” he said.

Tsarevich and his two researchers -- one a mortician located in the U.S., the other an anthropology student in London, U.K. -- use pictures and information about the deceased from NamUS – the National Missing and Unidentified Persons System, a “national information clearinghouse and resource centre for the missing, unidentified and unclaimed,” that is funded by the National Institute of Justice.

For Canadian cases, Tsarevich relies on submissions from the community and utilizes the government-run National Centre for Missing Persons and Unidentified Remains -- but there are far fewer photos attached to Canadian case files than the American counterpart.

Tsarevich hopes to add more Canadian content to the page in the future, he said.

Tsarevich said he “understands why” some people might find the photos distasteful, but for him “the images go beyond language, cross barriers and can cross borders,” and that people all over the world “can identify someone without knowing the language.”

“Nameless Does” has even been given the seal of approval by one of Instagram’s top pathology accounts, run by Nicole Angemi -- a pathologist’s assistant who aims to educate the public about the human body.

Angemi urged her 1.9 million followers to engage with the “Nameless Does” account in order to “increase the likelihood” the victims will be identified.

“The Internet and social media have tremendous potential when it comes to identifying the dead and finding missing persons,” said Nova Scotia’s Chief Medical Examiner Dr. Matthew Bowes, in an email to CTVNews.ca.

“In partnership with local law enforcement…I have always felt that we should engage with people any way we can, so I am open to the use of social media,” he said.

The “Nameless Does” page claims to provide a “taboo-free conversation about death,” which for Tsarevich, means combatting what he says are North American views and attitudes towards the dead.

Not everyone has the same candour about the dead, but Tsarevich says that while his page has not gotten any negative backlash, it is a learning process to make people comfortable with the realities of death.

“People [on Instagram] are sensitive to hashtags…we don’t want to traumatize people,” he said, adding that previous practice of having hashtags on “Nameless Does” posts meant that sometimes a photo of a dead body could end up in a persons feed unexpectedly, so they were removed.

It’s an assessment that Bowes agrees with. “It is important that any public information be shared in a respectful way -- in a way that protects vulnerable people against images that might be triggering. It’s also important to keep families of the dead in mind and consider their wishes,” he said.

“Nameless Does” researcher in the U.K. also regularly goes through the posts to remove disrespectful content, but most of the thousands of comments coming from the page’s more-than 126,000 followers are offers of help, well wishes and updates on cases as they progress.

Tsarevich says “while it’s difficult to know if it’s a direct effort from the page,” three people have been identified from the profiles on the “Nameless Does” page, while three other identifications are currently awaiting confirmation by law enforcement.

For law enforcement, medical examiners and coroners alike, the “work to find a name and identity never stops,” Bowes said, adding that while social media is helpful, it cannot replace official channels as “we have the means necessary to help and accountability for the work.”

It’s not just the dead that have pride of place on the “Nameless Does” page. Every Monday, Tsarevich uses the Instagram Stories function to consolidate the numerous missing persons alerts that are sent to the account in order to maximize their exposure. The segment is called “Missing Monday.”

“It’s as important to publicize the bodies as [it is] the missing…people were taking the time to send them [missing alerts] to us and we have the platform…so it’s a refreshing, kind of special day where we can also post about the living and the missing,” he said. “There’s hope in that.”

Tsarevich also plans to start hosting something called “Fatal Hour,” a weekly Instagram Live program, in an ode to death cafés that serve as a safe environment for people to talk about death in a public way.

A death café is an event for people to meet in public to confront their fears and have conversations about “anything related to death…whether its art or missing people or their personal grief,” Tsarevich said.

Instagram users also have the option to donate to the Missing Children’s Society, contact Crime Stoppers or find psychological support on the “Nameless Does” page.