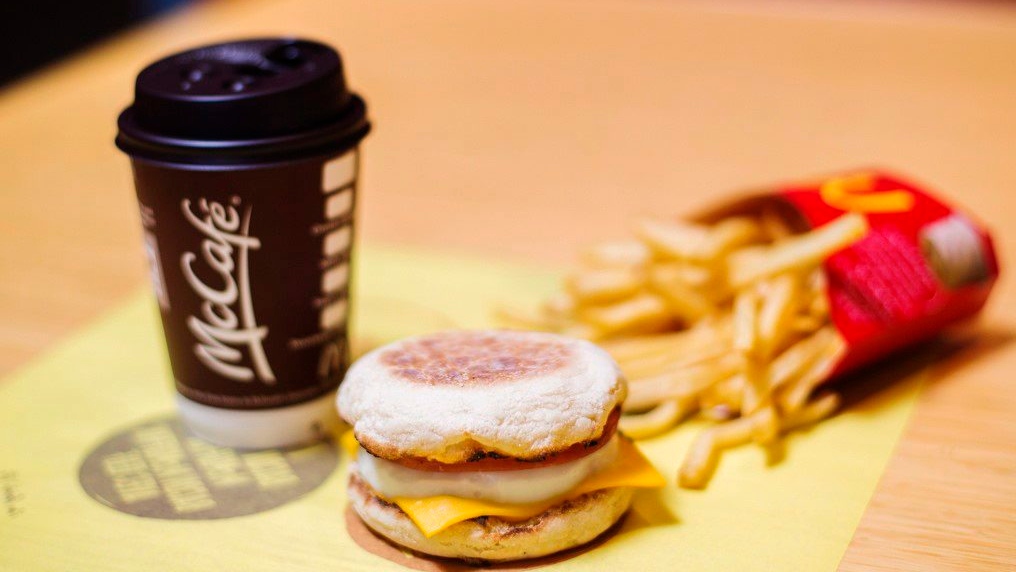 A McDonald's Egg McMuffin, french fries and a coffee are shown in a handout photo. (THE CANADIAN PRESS/HO-McDonald's Canada)

The days of collecting stickers from cups and claiming a hot drink after purchasing six will soon be a thing of the past at McDonald’s locations across Canada.

The company announced on its website the ending of its loyalty program, saying that starting August 2022, McDonald’s locations will no longer be serving beverages in cups with stickers and reward cards.

However, the rewards cards will remain valid through Dec. 31, 2023 and can be redeemed at all participating McDonald’s restaurants in Canada until then.

While the separate My McDonalds’ app-based loyalty scheme, in which you get a free drink after collecting enough points, will continue, "McCafé rewards cards and rewards stickers cannot be transferred to the app, and have no cash value.”

This means that customers will no longer earn benefits from two schemes, likely encouraging more customers to download the McDonald’s online app and use it to place their orders.

McDonald’s announced its app-based loyalty program in Canada less than a year ago in November 2021, which lets customers rack up points with each purchase.

In the province of Manitoba and some cities in Ontario, including Dryden, Kenora and Fort Frances, the stickers reward program ended on Oct. 5, 2021.