Marineland agrees to relocate walruses after settling lawsuit with activist

Marineland agrees to relocate walruses after settling lawsuit with activist 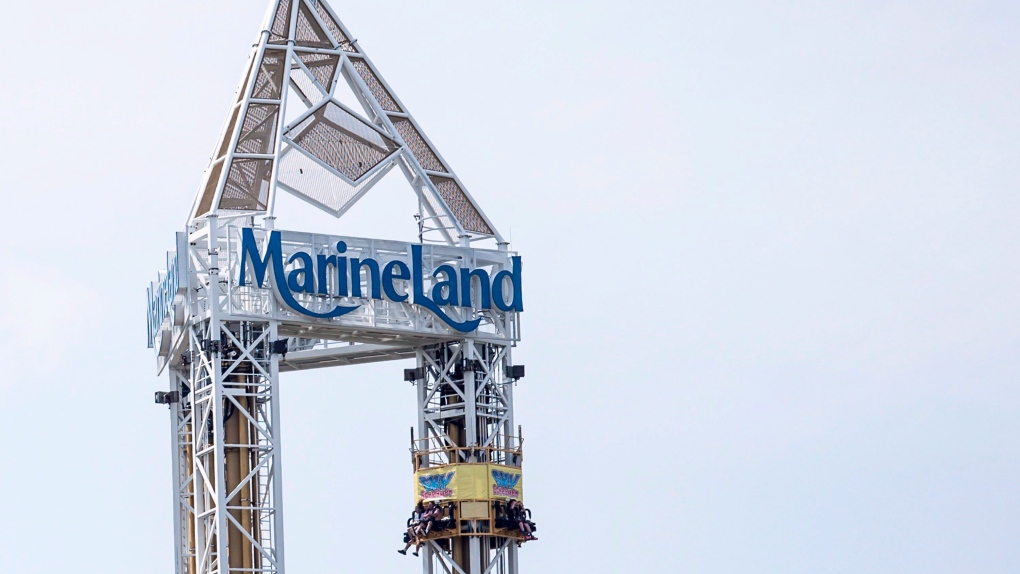 The last two walruses at Marineland will be moving to another facility where they can join others of their species, the park said Wednesday.

The Niagara Falls, Ont., tourist attraction said moving the walruses -- Smooshi and her baby, Koyuk -- to a place where they can live with other walruses would be in the animals' best interest.

The park also said it had reached an agreement with Phil Demers, a former trainer-turned-activist, to settle a nearly decade-long court battle.

"The walruses are being rehoused as soon as reasonably possible," Marineland said in a statement.

The park did not say where the walruses would be moved.

Demers said he was elated at the development, but said the long court process got to him.

"There's ecstasy, but I'm still processing it," he said. "This process traumatized me. I've got issues that I have to work on, but I look forward to my rebirth."

In 2013, Marineland sued Demers, alleging he trespassed by storming the park with other activists in October 2012. They also claimed he was plotting to steal Smooshi.

Demers denied trespassing and plotting to steal the one-tonne walrus. He countersued for defamation and abuse of process.

Marineland has said it has been home to walruses since 2001. The animals came from Russia and the park has said some of the walruses were orphans and others were in poor health in that country.

Three walruses, Sonja, Zeus and Apollo, came to the park in 2001. Three more, Pandora, Buttercup and Buddy, arrived the next year.

Smooshi and Azul came to Marineland in 2004 from Russia.

All except Smooshi have died, with four walruses dying in the past five years. Smooshi gave birth to Koyuk on June 1, 2020.

Smooshi was 18 months old when she arrived at Marineland, the park has said.

In 2008, Demers gained national media attention for his unique relationship with Smooshi, who followed him around throughout the park after he purportedly imprinted on her when she was young and new to the park.

But by May 2012, Demers quit and spoke out about alleged animal abuse at the park. Marineland has long denied it mistreats any of its animals.

Marineland and Demers have been publicly feuding ever since.

Demers had long wanted Marineland to move Smooshi to a different park and had not seen the walrus in the flesh for more than 10 years, until Wednesday.

"I'm very pleased. I got to walk back into Marineland -- granted, for the very last time, no red carpet -- but that's not something I never anticipated would happen," he told The Canadian Press.

The pair reunited in a brief visit as part of the settlement, Demers said.

The two sides came to an agreement just weeks ahead of their scheduled trial. There will be no costs awarded to either, Marineland said.

The park said it has a "historic obligation to care for the marine mammals in its care."

"Mr. Demers acknowledges that Marineland must care for its animals and there is no simple or obvious solution to re-house them," the park said.

Marineland sold and moved five beluga whales in May 2021 to Mystic Aquarium in Connecticut.

One whale, Havok, died within months of the move and a second, Havana, died in February.

The U.S. government launched an investigation to understand the circumstances surrounding their deaths.

Marineland faces one count of using a captive cetacean for performance for entertainment purposes without authorization. It's the first test of the federal government's anti-captivity legislation. That 2019 law made it an offence for dolphins and whales to perform.

Marineland has said it provides an "educational presentation," designed to provide Canadians with opportunities to learn about marine life.

The case remains before the courts.

This report by The Canadian Press was first published Sept. 21, 2022.