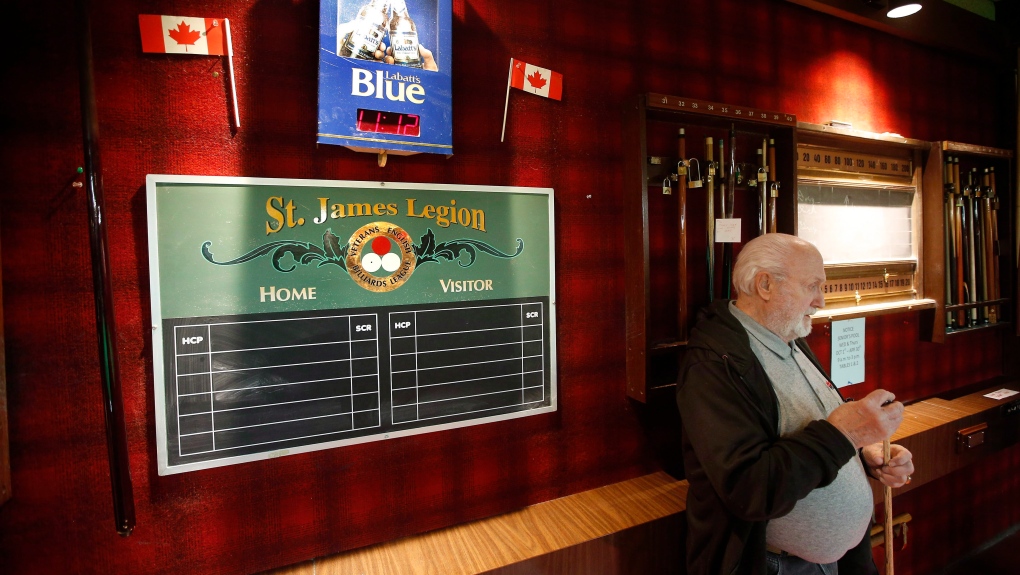 WINNIPEG -- The Manitoba government is giving legions a bigger slice of revenue from video lottery terminals and will ensure the veterans groups are exempt from property taxes.

Premier Brian Pallister announced Thursday that legions will get 30 per cent of revenues from the gambling machines, up from the current 25 per cent. The increase was promised in the campaign for the September provincial election.

The change should give legions a total of about $600,000 additional dollars a year, Pallister said.

"I know that this particular legion ... is one that is doing very well, I believe, but there are a number around the province that are not in such good shape," Pallister said at a legion hall in north Winnipeg.

The president of the legion branch welcomed the extra money and said any extra cash typically goes into improving the facility.

"We upgraded here and it was extra revenue we had gotten, and even grants from the government. We got to do our upgrades, from bathrooms to the bar."

The Progressive Conservative government also plans to pass a law to ensure all such veterans organizations are exempt from property taxes -- a move recently announced in Ontario. Currently, Manitoba legions face different rules depending on their location.

The government also is starting to accept applications for a $2-million fund, announced in May, dedicated to preserving military memorials.

The extra video lottery terminal money is an interim measure while the government prepares for a long-promised review of the entire gambling industry. First mentioned in 2018, the review will soon get underway, take a year or more, and look at how much gambling should be permitted and where, Pallister said.

"Manitoba is the most dependent of all provinces on gaming revenue to pay for things like health care, and so it is a really important thing to get this right."

The review may address a long-standing push by First Nations groups for the right to build a casino in Winnipeg. They have been told by successive governments that the market in the city is already saturated.