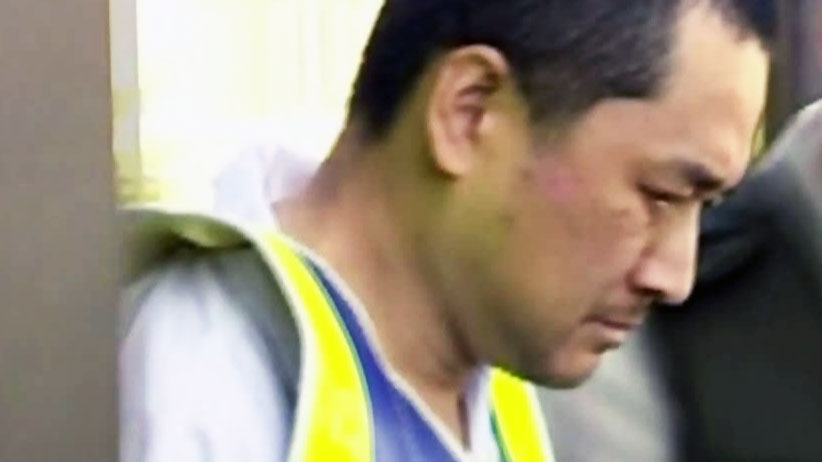 WINNIPEG -- The mother of a man beheaded by a fellow bus passenger in Manitoba says her son's killer is seeking an absolute discharge almost eight years after he was found not criminally responsible.

Carol de Delley, in a social media post last week, said justice officials told her Vince Li -- who now goes by the name Will Baker -- will ask the Criminal Code Review Board for a discharge at a hearing Feb. 6.

If granted, no conviction will be registered and he won't be required to follow any conditions, de Delley wrote on Facebook.

She suggested a discharge is "the lowest-level adult sentence that an offender can get.

"The offender is finished with their case that day," she wrote.

Baker killed Tim McLean during a bus trip along the Trans-Canada Highway near Portage la Prairie in July 2008. He sat next to the 22-year-old McLean on the bus after the young man smiled at him and asked how he was doing.

Baker said he heard the voice of God telling him to kill the young carnival worker or "die immediately."

He repeatedly stabbed McLean while the young man fought for his life. As passengers fled the bus, Baker continued stabbing and mutilating the body before he was arrested.

He was found to be not criminally responsible due to a mental illness -- schizophrenia.

Baker was originally kept in a secure wing at the Selkirk Mental Health Centre, but the board has granted him increasing freedoms almost every year.

His medical team has said he has been a model patient and understands the need to continue to take anti-psychotic medication.

At his last review board hearing, Baker was granted the right to live on his own, but subject to monitoring and random drug tests.

The Supreme Court of Canada ruled in 1999 that a review board must order an absolute discharge if a person doesn't pose a significant threat to public safety. The ruling added there must be clear evidence of a significant risk to the public for the review board to continue imposing conditions after a person is found not criminally responsible.

Archie Kaiser, an expert in mental health and the law at Dalhousie University in Halifax, said there's a poor public understanding of what "not criminally responsible" means. The emphasis must be on the individual's treatment and potential risk to the community, not on punishment.

"There is widespread stigma and prejudice when it concerns people with mental illness and that's something that persons found not criminally responsible bear in double measure," Kaiser said.

"People think if you have a serious mental-health problem that you're going to act unpredictably, that you're incapable of making decisions and you're dangerous, whereas none of those things are likely to be true."

Kaiser also suggested involvement with the justice system serves to amplify concerns about an individual, "so people have at least two levels of prejudice that they're fighting against."

Manitoba Tory MP James Bezan said Baker's request for a discharge should be denied -- and Bezan expects it will be.

"Will Baker, regardless of the name that he goes by, still beheaded and cannibalized Tim McLean," he said in an emailed statement.

He called an absolute discharge an insult to the victim's family and a risk to public safety.

"Tim McLean's family's rights and well-being should be at the forefront of the court's decision. The family has endured significant loss and suffering ... (and) to allow a murderer to be released without any conviction or conditions would simply be wrong."