Man charged with fraud in money-raising schemes for Humboldt Broncos 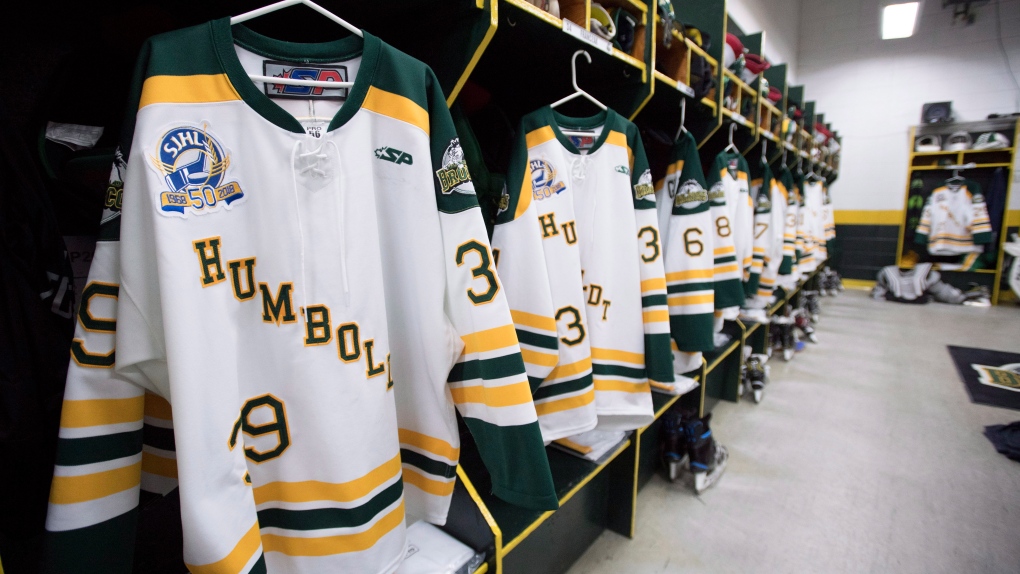 The inside of the Humboldt Broncos locker room is pictured Wednesday, September, 12, 2018. (Jonathan Hayward/ The Canadian Press)

SASKATOON -- RCMP in Saskatchewan say a man has been charged after two fake fundraising efforts for the Humboldt Broncos junior hockey team were discovered.

Investigators also found a GoFundMe page under .PrayForHumboldt had been created to raise money for the Broncos after the team's bus and a transport truck crashed, killing 16 people.

Police say 35 donors -- 21 from Canada and 14 from the United States -- had contributed about $3,800 to the GoFundMe campaign before it was shut down and they were notified.

Andrij Olesiuk, who is 32, was arrested on Tuesday.

He faces several charges, including fraud under and over $5,000, possession of property obtained by crime and laundering the proceeds of crime.

Olesiuk made his first court appearance in Saskatoon provincial court on Wednesday and is scheduled to appear again Dec. 12.

Nearly $15.2 million was raised in a legitimate GoFundMe fundraiser that has since shut down. Efforts are under way to determine how the money is to be divided among the 13 players who were injured and the families of those who died in the April 6 crash.