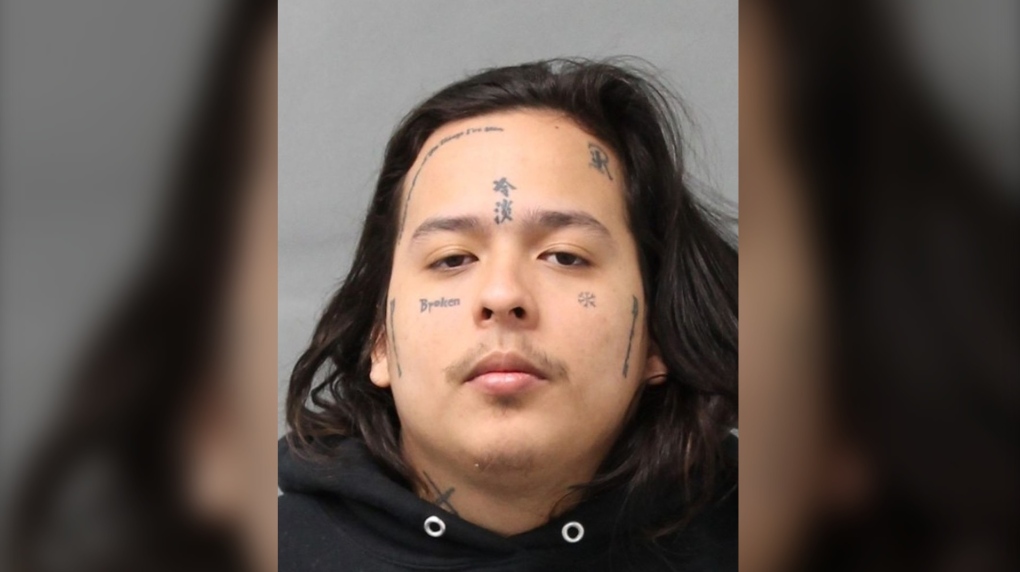 Simon Ho-On, 23, was re-arrested while on bail Wednesday May 29 and charged with 14 new offences, including three counts of sexual assault, sexual assault with a weapon, human trafficking, and forcible confinement. (Toronto Police)

A Toronto man accused of tattooing a woman with his nickname to let people know she was his property is facing multiple new sex assault and human trafficking charges, police said.

Simon Ho-On and a co-accused were charged with 21 human trafficking offences at the time. News coverage then prompted more victims to come forward.

Ho-On was re-arrested while on bail Wednesday and charged with 14 new offences, including three counts of sexual assault, sexual assault with a weapon, human trafficking, and forcible confinement.

Police described some of the charges against the man in a previous press release following his initial arrest in January.

Ho-On is accused of using a noxious substance to render a 22-year-old woman unconscious and then pressured her to work in the sex trade.

Police also allege he tattooed the woman with his nickname “Sosa” to let people know that she was his property.

Investigators said Ho-On and another man advertised the woman in the sex trade on numerous websites. They also allegedly gave her drugs to keep her awake.

“During the time that she was exploited, she was assaulted, causing serious bodily harm and was threatened with a firearm by both men,” police said in the release.

Police are concerned there may be more victims.