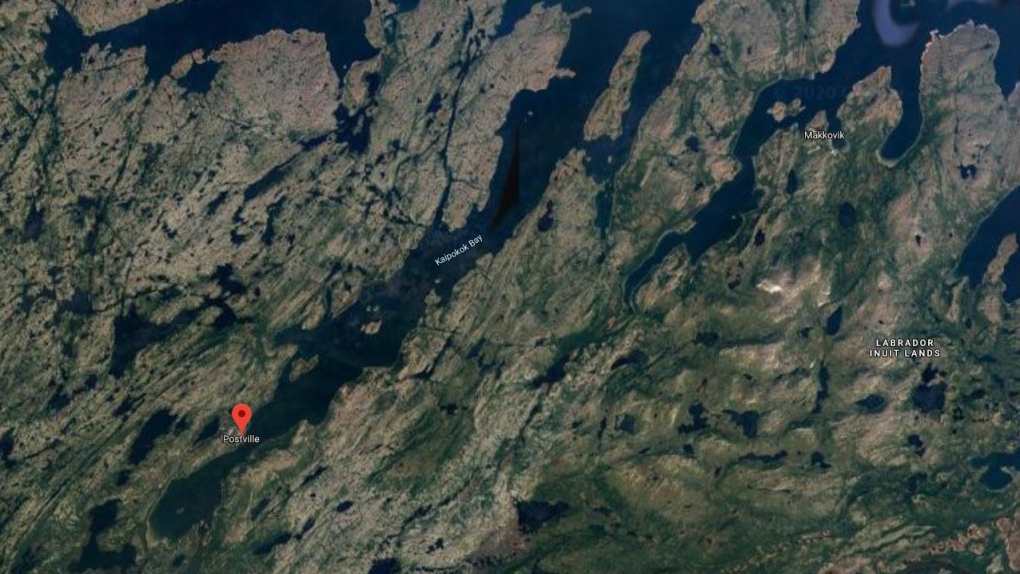 A map of Postville, N.L. is seen in this Google Maps image. An earthquake recorded about 18 kilometres from the community was one of the most powerful to hit the region since 2009. (Source: Google Maps)

ST. JOHN'S, N.L. -- A number of light earthquakes have been recorded around Newfoundland and Labrador over the last week, according to Earthquakes Canada.

At approximately 2 p.m. local time on Monday, a magnitude 4.3 earthquake was registered in coastal Labrador at a depth of 18 kilometres.

The earthquake, recorded about 18 kilometres east of Postville, N.L., was one of the most powerful to hit the region since 2009, according to Canadian government records.

Earthquakes Canada classifies magnitude 4.3 as among earthquakes that are "often felt, but rarely cause damage."

A magnitude 4.6 earthquake was also recorded off eastern Newfoundland on Sunday, 310 kilometres east of Bonavista.

It follows a magnitude 4.4 quake recorded in the same area off of Bonavista on Jan. 31, both at a depth of 18 kilometres.