Life in N.L. returns to normal as residents deal with blizzard aftermath 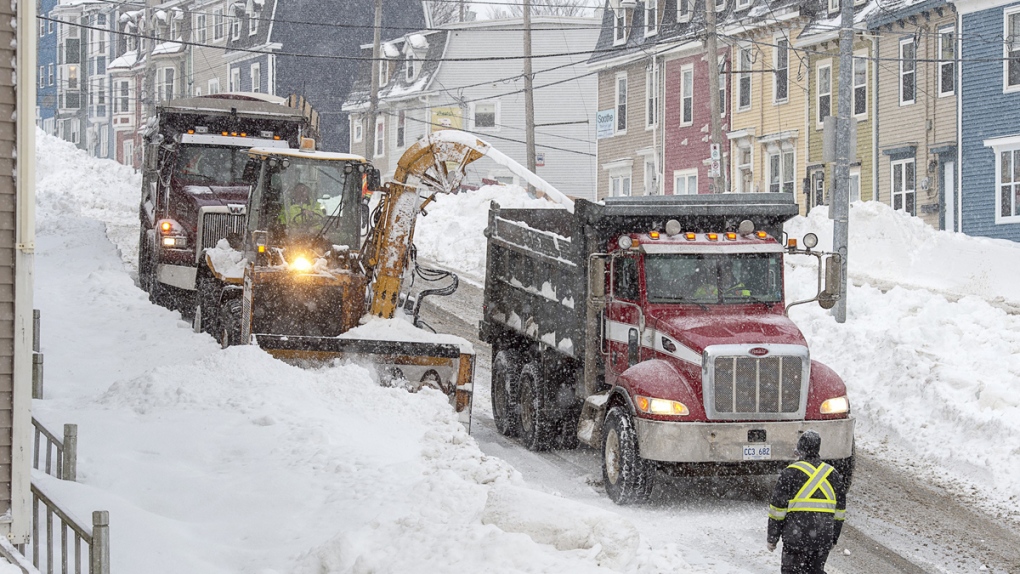 TORONTO -- A sense of normalcy has returned to daily life in Newfoundland, one week after a record-breaking blizzard buried the eastern side of the province.

At St. John’s airport, families were reunited after a week of travel delays thanks to the storm, which dumped more than 76 centimetres of snow in a single day.

Record-high snowbanks were a welcome sight for Melissa Hodder, who finally arrived in St. John’s after a week of delays and cancellations in bush fire ravaged Australia. Hodder left one state of emergency in Australia to arrive in Newfoundland a day before the province’s own was lifted to introduce her newborn son to his grandparents.

“I went from couldn’t leave one home or was at home with my husband not there because of bush fires,” Hodder told NTV News.

Hodder, whose husband is a firefighter deployed on the front lines of the Australian fires, made the journey alone.

“It’s been a very long week waiting for them to arrive home. However, we’re so thrilled that it’s surreal,” her mother, Debbie Hodder, said.

Local business owners in St. John’s spent the better part of Friday preparing to open their doors after eight days of forced closures -- leaving many concerned about lost sales and wages.

“There’s going to be a push on for people to shop local and I hope people do… but I don’t think anybody is going to make up the week they lost,” Andrew Corbett, local shop owner, told CTV News.

Premier Dwight Ball and St. John’s Mayor Danny Breen have both vowed to seek assistance from the federal government to help cover the cost of the cleanup and support workers who lost pay during the shutdown.

Federal Public Safety Minister Bill Blair said Friday that the Liberal government would do all it could to help people in the region recover from the storm.

"Newfoundlanders can count on our support," said Blair.