Library and Archives Canada set to spend after six-year drought 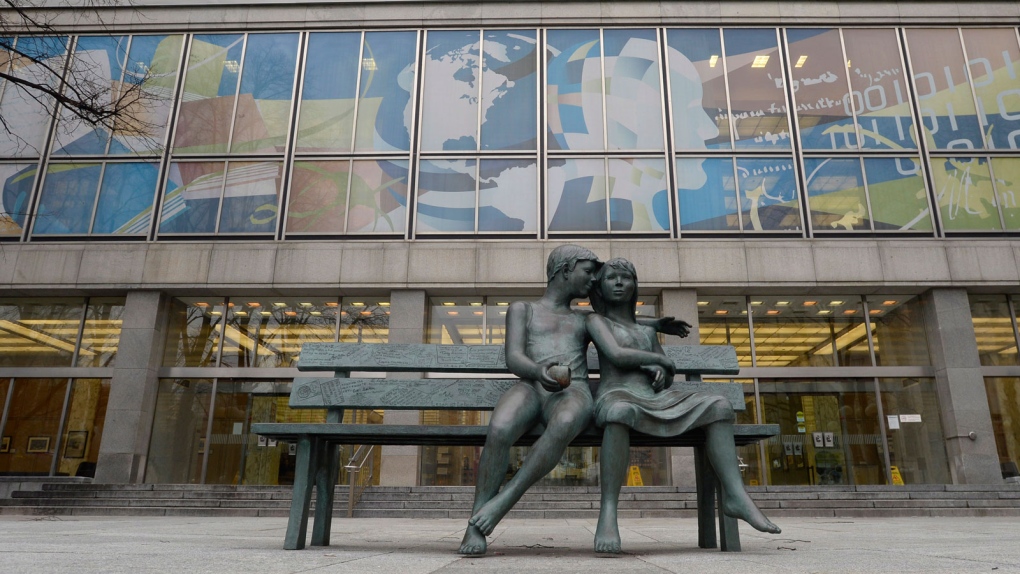 In this file photo, a statue sits at the entrance of a Library and Archives Canada building in Ottawa on Tuesday, Nov. 25, 2014. (Adrian Wyld/THE CANADIAN PRESS)

OTTAWA -- Library and Archives Canada is suddenly in a spending mood after six years of budget cuts and curtailing of acquisitions.

In its first purchase in six years, the collector of national art and archives announced Thursday it would spend $175,000 on 10 items from the coveted Winkworth collection, including a variety of watercolour paintings and a journal of a tour in Canada, the United States and Jamaica.

The move is one that even its harshest critics say is a step in the right direction after years of austerity.

The Canadian Association of University Teachers has long raised concerns about gaps in Canada's historical record due to the national library's lack of spending on artifacts. But with the resumption of spending, the organization sees some reason for optimism.

"There is still much that needs to be done to reverse the damage done to LAC, including the reinstatement of the inter-library loans program and a return to specialist archivists on staff at the institution," said David Robinson, the association's executive director.

"LAC is pleased to preserve this incredible collection and to ensure that Canadians across the country will be able to benefit from this significant acquisition," head librarian Guy Berthiaume said in a news release.

The end to acquisitions was one of the main concerns the university teachers' association staff raised with Berthiaume after his appointment last June.

"In early 2009, LAC announced a 10-month freeze on purchasing acquisitions. Now, five years later, acquisitions have still not resumed. In fact, over the past few years, LAC has dissembled its acquisitions infrastructure," former executive director James Turk wrote at the time.

"The gaps that have been created in our historical record as a result of this cessation will seriously compromise the ability of present and future generations to know our history."

Library and Archives already owned a large part of the Winkworth Collection which consists of 5,200 works of art.

The latest items bring spending on the Library and Archives collection up to nearly $11 million since 2002.

Peter Winkworth was an art expert who amassed a collection which spans over four centuries of Canadian history.

He was awarded the Order of Canada in 1984 for his work with Canadian art as well as his close relationship with the McCord Museum in Montreal and the National Archives of Canada. He died in 2005.