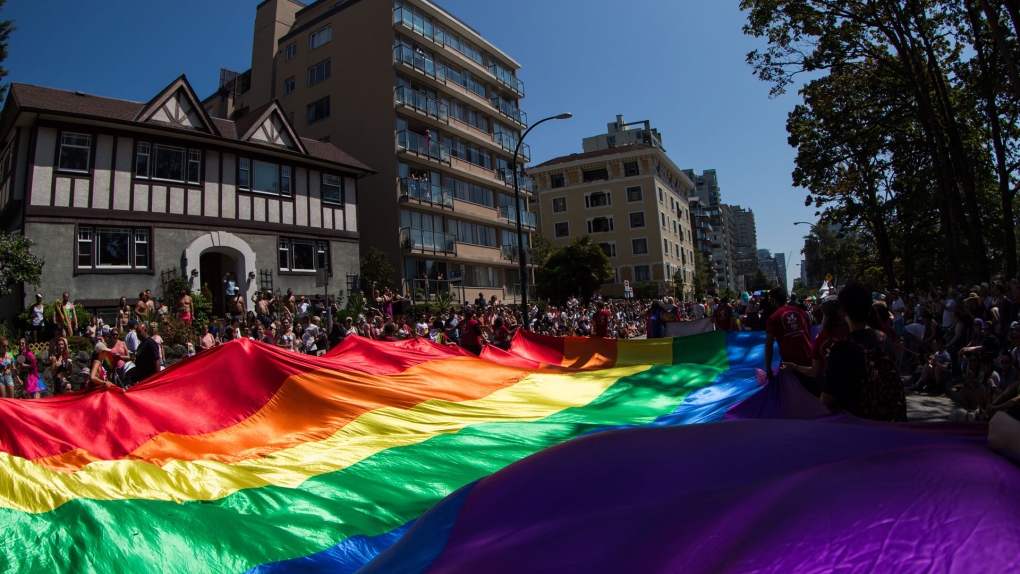 A large rainbow flag is carried by people marching in the Vancouver Pride Parade, in Vancouver, Sunday, Aug. 4, 2019. THE CANADIAN PRESS/Darryl Dyck

The findings published today are from a 2018 survey of based on safety in public and private places.

The survey found that nearly one million Canadians aged 15 or older identified as part of a sexual minority group, and another 75,000 Canadians identify as transgender.

Eleven per cent of sexual minority Canadians said they had been sexually or physically assaulted in the previous 12 months, compared with four per cent of heterosexual Canadians.

The study also found that sexual minorities are much more likely than heterosexuals to report having been victimized at some point since the age of 15.

The research shows sexual minority Canadians are also more than twice as likely as heterosexuals to endure inappropriate sexual behaviour in public.

Nearly 60 per cent said they had such an experience in the previous 12 months, compared with 22 per cent reported by heterosexuals.

This report by The Canadian Press was first published Sept. 9, 2020.

A previous version included people identifying as transgender among the sexual minority population. And a figure given for inappropriate sexual behaviour experienced in public, at work or online in fact refers to behaviour in public only.