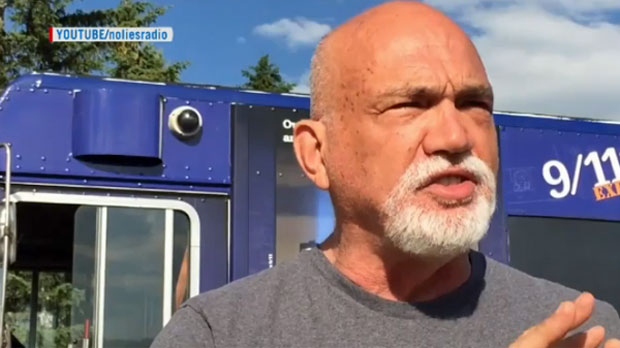 LETHBRIDGE, Alta. -- A longtime university professor whose online comments about the Holocaust and Israel have angered Jewish groups says his suspension undermines academic freedom and is unfair to students who signed up for his courses.

"I've been ripped out of my classroom," Anthony Hall from the University of Lethbridge said in an interview Thursday.

"I feel great responsibility for these students who are being deprived of the right to finish their course and get their grade and move on."

The Centre for Israel and Jewish Affairs and B'nai Brith Canada had called for Hall to be fired and are applauding the university's move.

Hall said the suspension is the result of a powerful lobby putting pressure on the university's administration.

He has been at the southern Alberta university for 26 years, initially teaching Native American studies and later as a professor of liberal education and globalization.

Hall said that as a tenured professor, he has not been treated properly.

"The institution of tenure is very vital to academic freedom. It is supposed to be a protection."

The university said in a statement that Hall has been suspended without pay pending an internal review into possible violations of the Alberta Human Rights Act.

"The university has taken immediate and active steps to ensure that the suspension of Dr. Hall will not impact or disrupt the studies of the affected students of the University of Lethbridge."

Amanda Hohmann with B'nai Brith Canada said her group has been most troubled by Hall's comments suggesting there was a Zionist connection to the 9/11 attacks and that the events of the Holocaust should be up for debate.

"They're historical tragedies -- some of the greatest tragedies of modern times," said Hohmann. "And trying to rewrite those to try to set a particular political agenda is just horribly offensive."

She suggested Hall might try to cast himself as a martyr.

Removing him from his job serves a greater good, she said.

"At the end of the day, it's more important that he be removed from a position of authority over students and over shaping the minds of young people."

Shimon Koffler Fogel with the Centre for Israel and Jewish Affairs said it's a precedent-setting case.

"The administration has taken the right approach and worked within the parameters of its labour guidelines to remove Dr. Hall from the privileged position he abused for too long."