Less than half of young Canadian women feel equal to men: survey 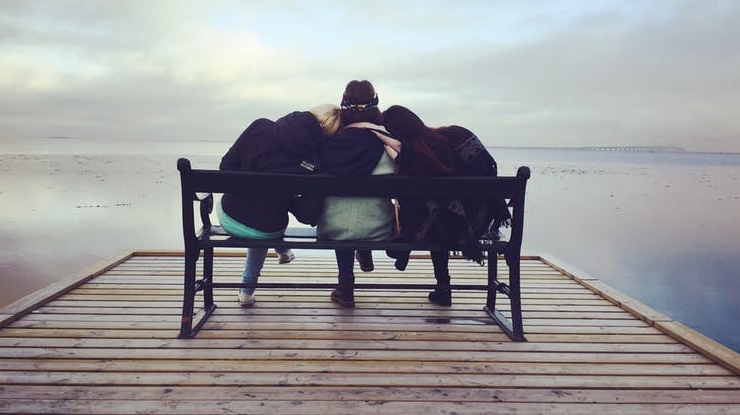 As women get older they never again feel as equal to men as they did as teenagers, the recent survey found. (Pexels)

As countries around the world celebrate International Women’s Day, new statistics show that as teenage girls enter adulthood, they begin to experience roadblocks that challenge their confidence, power and equality.

Plan International Canada and Nanos Research partnered to conduct an online survey of more than 1,000 Canadian women aged 18 and older on their experiences with issues related to gender inequality and discrimination. The questions covered a range of themes including leadership, mentorship and empowerment.

This survey, conducted in February, was meant to spark discussions on the deeply-entrenched gender barriers girls and young women face during a critical time in their development: adolescence.

Here are some of the key survey findings:

“What happens is that as younger girls and boys, we’re told that the world is equal and there are the same opportunities for boys and girls and men and women. Although that may be aspirational, we know it’s far from the truth,” Plan International Canada CEO and President Caroline Riseboro said in a phone interview with CTVNews.ca.

According to Riseboro, perceptions of gender inequality reach a tipping point when girls enter adulthood. They feel less equal because of their gender and confidence is at an all-time low in their lives when it comes to the belief they can lead, the belief their ideas are taken seriously and feeling empowered to share their opinions.

According to Amy Bing, a Plan International Canada Youth Ambassador, roadblocks such as feeling less competent then men are considered normal for adolescent girls to have to go through.

“A lot of young women like me have to face the imposter syndrome,” Bing said in an over-the-phone interview with CTVNews.ca.

“We always doubt ourselves and our qualifications. Even if on paper our skills match every other individual as well as our male counterparts‑does that mean we’re qualified?”

Bing said that it’s unfortunate that women feel this way because with women leading there is no harm.

“I think there’re a lot of misconceptions surrounding the fact that in order to bring women up you must push and bring men down which is completely false,” Bing said.

Sixty-four per cent of girls aged 14 to 17 believe their ideas are taken as seriously, but only 43 per cent of young women and 49 per cent of women 25 and older share that belief.

“As soon as girls start moving from ages 14-17 to 18-24 and older, they don’t believe they have the same opportunities to lead. What we find is that their ideas aren’t taken as seriously as others. They fear sharing their opinions in public,” Riseboro said.

According to Riseboro, Plan is already working on supporting girls and women all over the world but what they were surprised to find out is that this is also a critical time of both vulnerability and roadblock for young women in Canada too.

“Not only does this challenge our power but our freedom and our equality,” Bing said. “We see a large drop in that shift between adolescence and womanhood. That’s one critical period that we need to address and that we need to work towards changing.”

Three-quarters (75 per cent) of young Canadian women say they’ve regularly or occasionally felt societal pressure to change their physical appearance in order to fit in, which is nearly twice as often as women 25 and older (42 per cent).

According to Riseboro, when girls transition to womanhood, they are more likely to feel pressure to change the way they look and act in order to fit in and avoid roadblocks. These perceptions only improve marginally over a woman’s adult life, rarely exceeding those of teenagers.

Seventy-two per cent of Canadian women 18 to 24 say they’ve regularly or occasionally felt pressure to change their behaviour because of their gender, which is nearly 1.5 times as often as women 25 and older (53 per cent).

Riseboro said the challenge is that women haven’t been traditionally accepted in the past and that may be why they constantly feel the pressure to change.

According to Riseboro, it’s really important to understand what the reality is.

“We live in an era where we’re talking more than ever about gender equality and women’s empowerment. While it’s wonderful the dialogue is happening, the reality is on International Women’s Day of 2019, these statistics show that women are still facing many barriers,” Riseboro said.

Canadians are encouraged to amplify the voices of adolescent girls and really support their transition as they move into confident, powerful women who can unleash their full potential.

“What these survey results have revealed is that the transition from girlhood to womanhood is a really vulnerable time and we have to do better to build up the next generation of empowered women,” Riseboro said.

Plan International offers tool kits, presentation material and guides that help spread the word about the importance of making sure girls have the opportunity reach their full potential.