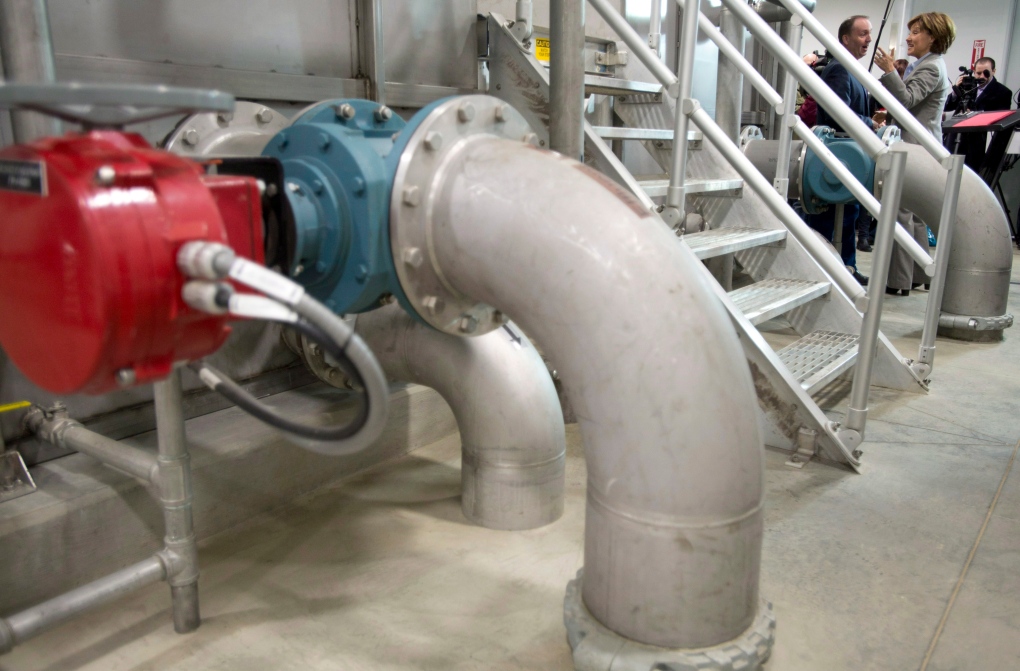 VANCOUVER -- A coalition of environmental groups has filed court action against British Columbia's Oil and Gas Commission and energy company Encana Corp. (TSX:ECA) over the use of water from lakes and rivers in hydraulic fracturing for shale gas.

The petition filed in B.C. Supreme Court on Wednesday claims the Crown agency responsible for regulating the oil and gas industry has been granting repeated short-term water permits for use in fracking -- a violation of the provincial water act.

"The commission has become the go-to place for quick water access," Karen Campbell, a staff lawyer for the environmental justice group Ecojustice, said outside the courthouse.

"These short-term approvals are meant to be just that -- short term, or two years. However, the commission has been granting these approvals repeatedly ... in some cases, these approvals have been granted for five years, allowing continuous water use."

The groups claim the commission has allowed up to a million litres of fresh water annually to be drained from lakes, streams and rivers to be mixed with chemicals and sand and injected under high pressure into the ground. The process shatters shale formations and coal beds to release trapped natural gas.

Ecojustice, which filed the lawsuit on behalf of the Sierra Club and the Wilderness Committee, said Encana has drawn 880 Olympic-sized swimming pools' worth of water over the last three years just from the Kiskatinaw River, which supplies drinking water to the city of Dawson Creek.

Water is already drawn from 540 rivers, lakes and streams, he said, and there are plans for a huge increase in the amount of fracking in B.C.

"With climate change we expect less fresh water to be available," Madden said. "Extreme energy projects such as fracking for gas are actually a threat to our communities. We're the species at risk."

The groups are asking for a court order that would declare the commission practice unlawful and a violation of the water act. They're also asking the court to quash several short-term approvals issued to Encana.

Hardy Friedrich, spokesman for the commission, said the agency will review the petition.

"The commission takes its responsibility for water allocation very seriously and all applications go through a thorough review process. This process ensures water levels are maintained," Friedrich said in an email response to a request for an interview.

Friedrich said water use is carefully monitored and fracking wells are lined with cement to a depth of 600 metres to protect soil and water.

"Water has never been contaminated as a result of hydraulic fracturing in B.C."

B.C.'s Liberal government has hopes of developing a trillion-dollar liquefied natural gas industry over the next three decades. There are at least 10 proposed LNG projects in the province, three of which have federally approved export licences.

"The B.C. government's LNG agenda comes with a cost, and the cost is B.C.'s water," Caitlyn Vernon of the Sierra Club said. "We are squandering our precious water resources at a time when climate change is already having an impact on water in this province."

The oil and gas commission has been the permitting authority for short-term water licences since 2004. The government extended the period covered by short-term approvals last March to 24 months from 12 months.

Campbell said it's not possible to really know how much water is used via long-term licences, short-term permits and direct agreements with landowners.

The province has released a list of proposed changes to water regulations but Campbell said they don't address the issue.

Courts around the world have become a popular battleground in the clash between environmentalists and industry over oil and gas activities, and hydraulic fracturing in particular.

An Alberta woman filed a multimillion-dollar lawsuit against the Alberta government and Encana, claiming that fracking around her property contaminated her water well.

Related lawsuits have been filed in several U.S. states and, in at least one case in New York state, energy companies have filed suit against a town that banned fracking.

In other areas, the clash has been more direct.

More than a dozen people were arrested and several RCMP vehicles set on fire near Rexton, N.B., last month at a protest against shale gas exploration.