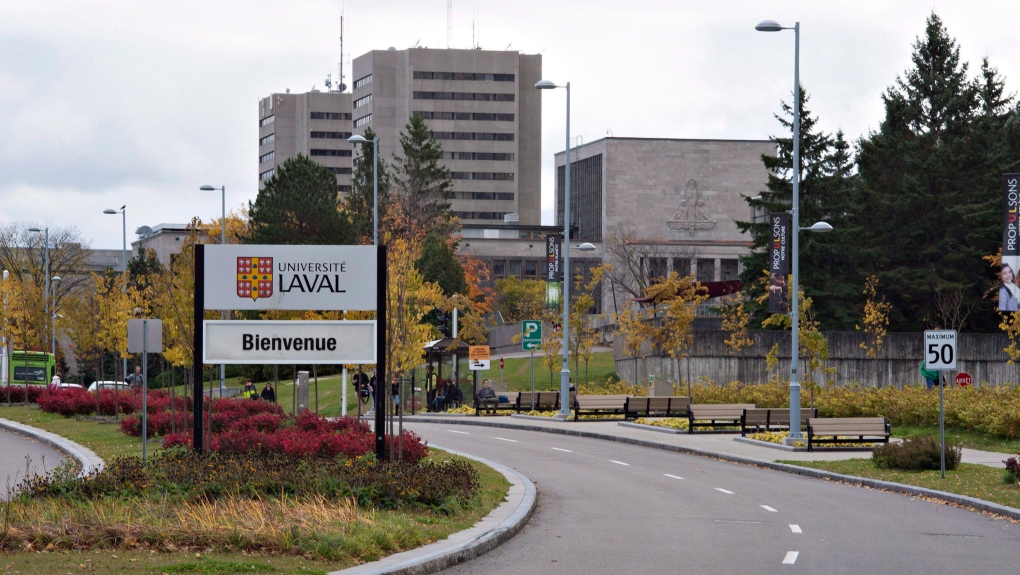 Universite Laval's vice-rector for human resources said the questionnaire was used to find out whether candidates would need workplace accommodation.

"It's a standard practice in human resources to verify if a person has particular conditions that mean we need to adapt their work environment," Lyne Bouchard told The Canadian Press.

She added that no applicant was ever removed from the job pool on the basis of their answers and that the university had not received any complaints about the form.

The 40-question, four-page form had been given out to people applying for jobs at the university since 2009.

Among other questions, respondents were asked to list the cause of death of close family members and answer whether they'd consulted a psychologist or made a claim to Quebec's workplace health and safety board.

In a section reserved for women, applicants were asked to jot down the date of their last menstruation and gynecology exam, and declare whether they'd ever been pregnant or had an abortion.

Bouchard said she couldn't explain why some of these last questions had been included, admitting they "contravened the values" of the university.

According to human rights lawyer Stephanie Fournier, the questionnaire is clearly discriminatory and violates Canada's Charter of Rights and Freedoms.

"The principle is clear: the mere fact of asking, in a selection process, questions on the state of health or any ground of protected discrimination, be it civil status, religion, sexual orientation, constitutes discrimination," she said in an interview.

Fournier said that in the case of pre-employment contracts the burden of proof is on the employer to prove that the questions are relevant to a candidate's ability to do the job in question.

Employers may not, for example, use such questionnaires to rule out candidates with a greater risk of absenteeism or who might become pregnant, she added.

Bouchard insisted the information in the questionnaire was kept confidential and was sent directly to a doctor.

She said the hiring process was currently undergoing a review that would likely lead to the creation of a new questionnaire.