From St. John’s to Victoria, Canadians across the country took to the streets Thursday calling for justice for Cindy Gladue.

Gladue, a sex worker, bled to death in an Edmonton hotel bathtub nearly four years ago. The 36-year-old mother of three was found with an 11-centimetre wound in her vaginal wall.

Two weeks ago, the man accused of killing her was found not guilty of first-degree murder after the defence argued Gladue’s wound was caused by rough consensual sex.

Around noon Thursday, hundreds gathered and marched outside the Law Courts in Edmonton where the trial took place. 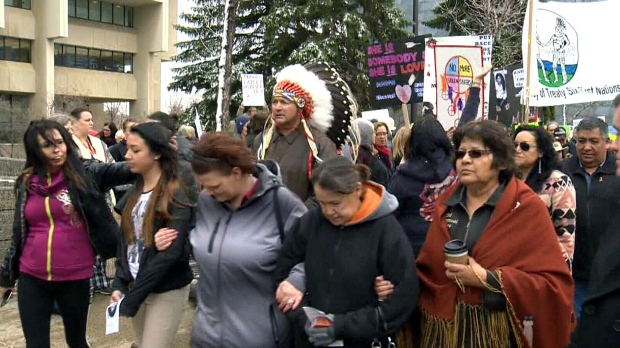 Protestors held signs with messages like “Indigenous women are valued and loved,” “Justice for Cindy” and “No more stolen sisters” as some led prayers and delivered speeches to the crowd.

“We give gratitude for the gift that she’s providing here, in the way that she suffered and what happened to her is bringing all these people together and bringing awareness to the Canadian public about the plight of our aboriginal women,” one woman said.

Winnipeg protesters gathered in the snow, some grouping around a fire as the sound of drums beat in the background. 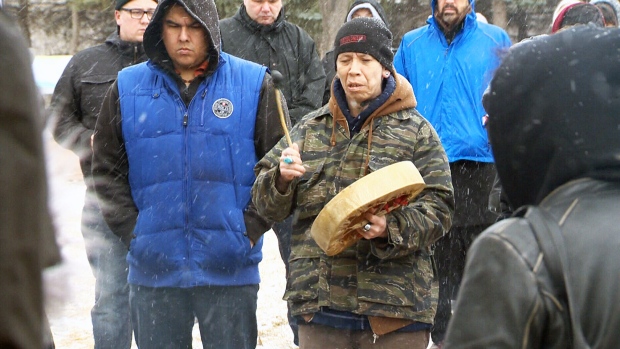 Ko’ona Cochrane, the program manager for Manitoba Moon Voices, said she had mixed feelings about the news the case would be appealed.

“There are so many layers of injustices,” she said. “I’m really mixed about what kind of verdict we’re going to get out of an appeal.” 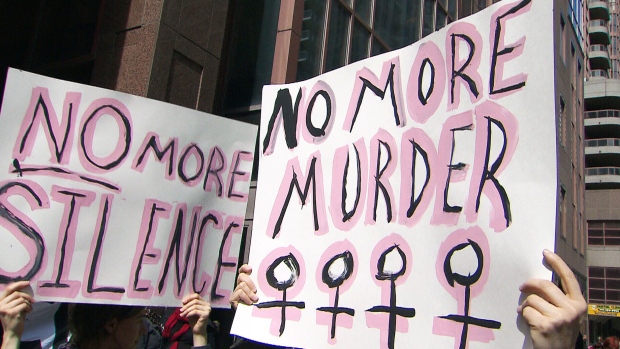 Hundreds also stood outside the Ministry of the Attorney General’s office in Toronto, demanding the federal government repeal Bill C-36, which criminalizes purchasing sexual services amongst other things.

Audrey Huntley, co-founder of aboriginal women activist group No More Silence, called the crime against Gladue and the court proceedings that followed “a huge violation to her dignity.”

“We’re coming together today to honour Cindy Gladue, and in particular to express our outrage with regard to the verdict,” she said. “And with regard to the assumption that someone can consent to the kind of violence that Cindy experienced.” 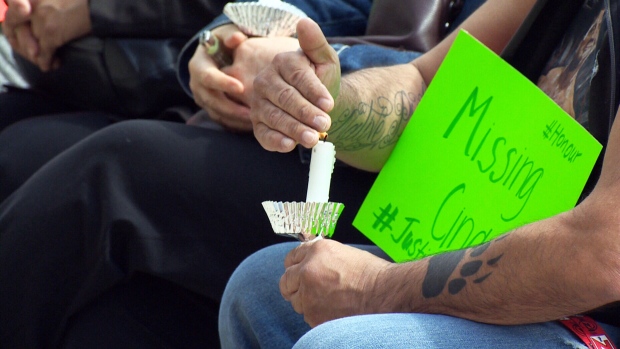 Aboriginal groups and other Canadians also gathered in cities across the country including Victoria, Regina and St. John’s.

Alberta prosecutors announced Thursday their plans to challenge the verdict in the case, but a timeline for an appeal has yet to be established. 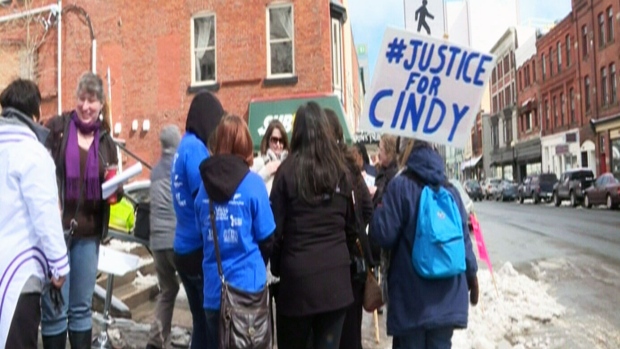