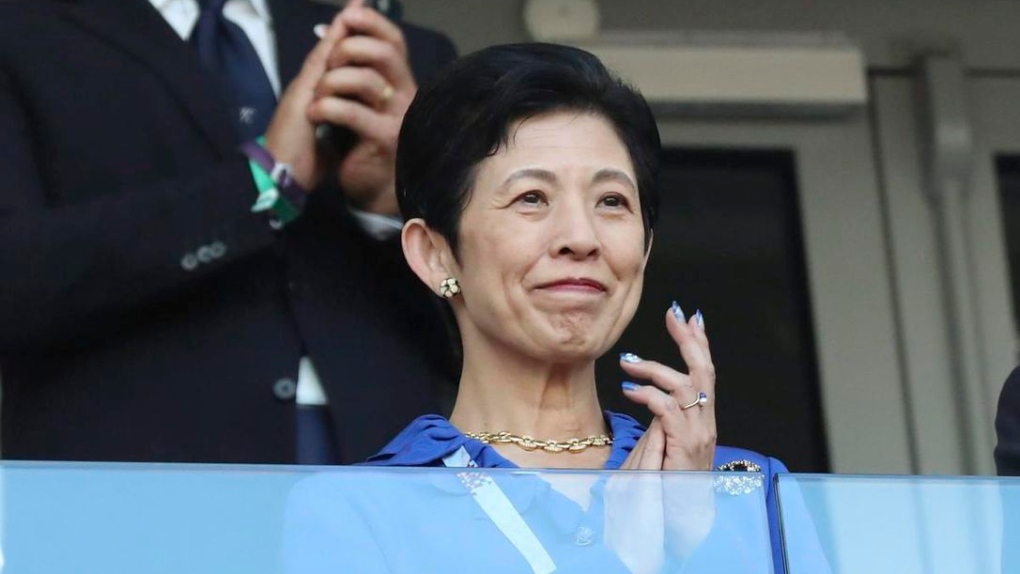 Japan's Princess Takamado attends the group H match between Japan and Senegal at the 2018 soccer World Cup at the Yekaterinburg Arena in Yekaterinburg , Russia, on June 24, 2018. THE CANADIAN PRESS/AP, Eugene Hoshiko

CHARLOTTETOWN -- Princess Takamado of Japan will visit Prince Edward Island next week as part of the official events to commemorate the 90th anniversary of diplomatic relations between Japan and Canada.

According to a government release, the princess will meet with provincial officials, including Lt.-Gov. Antoinette Perry and deputy premier Darlene Compton.

She will be taking part in various events including the official opening of the new Montgomery Park and Green Gables Visitor Centre, a visit to the University of Prince Edward Island and a tour of Sekisui Diagnostics.