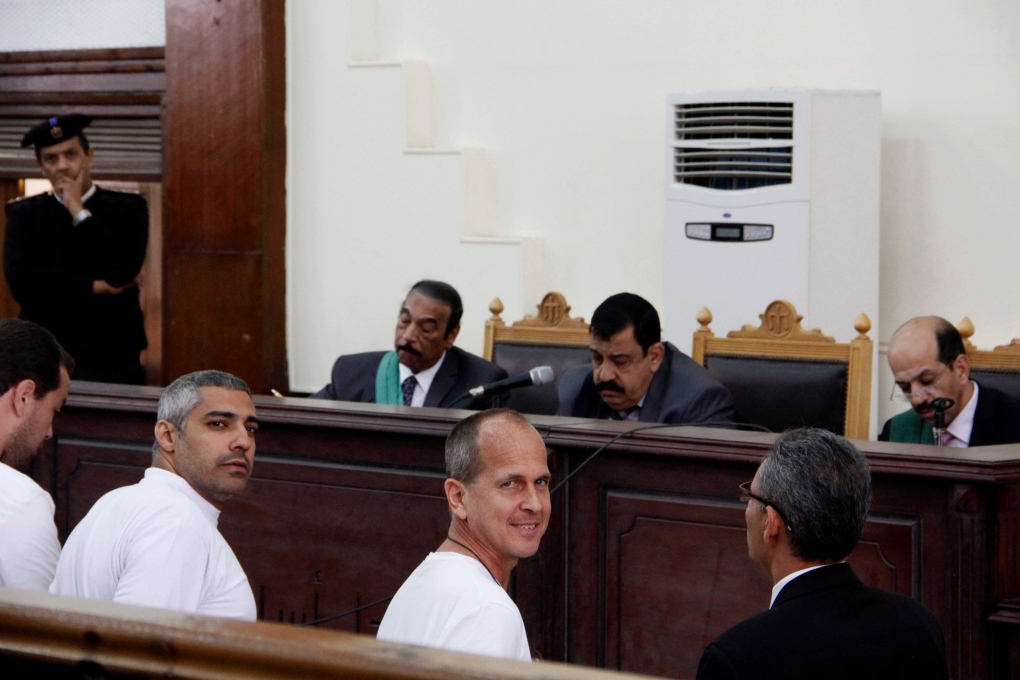 OTTAWA -- A champion of media freedom around the globe is awarding its annual World Press Freedom Award to an Egyptian-Canadian journalist currently behind bars in Cairo.

The Canadian Committee for World Press Freedom has named Mohamed Fahmy as the 16th recipient of the award.

Fahmy, a producer with Al-Jazeera English, was arrested with two colleagues in December of last year and has been in jail ever since.

The three, along 17 others, face terrorism-related charges based on the Egyptian authorities' accusations that they provided a platform to the Muslim Brotherhood group of ousted president Mohammed Morsi, which the government has declared a terrorist organization.

Fahmy is to be recognized Friday at a luncheon event in Ottawa, where author and scholar John Ralston Saul will serve as the keynote speaker.