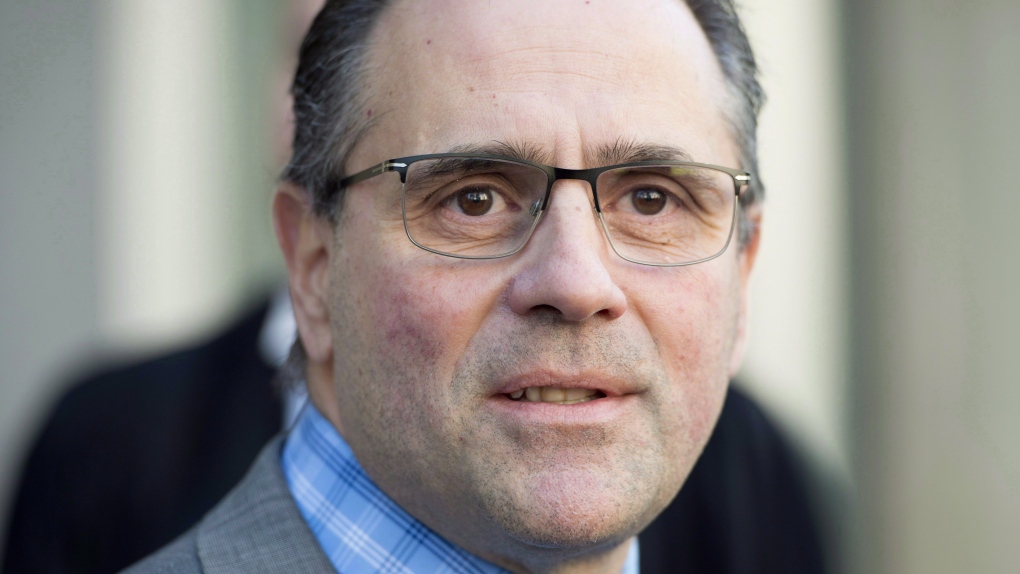 TORONTO -- It is a bittersweet moment for Det. Sgt. Mike Carbone.

A ruthless murderer he's been investigating for years was sentenced to life earlier this week. Dellen Millard -- a Toronto millionaire turned serial killer -- will most likely spend the rest of his days behind bars for killing a former lover, his own father and a stranger.

"I can't understand how he actually thought he could get away with it," says Carbone as he leans back in his chair at the Toronto police headquarters. "It's so crazy."

And Millard almost got away with two of those murders -- the presumed killing of his on-again, off-again lover Laura Babcock, whose remains were never found, in July 2012, and the fatal shooting four months later of his own father, Wayne Millard, whose death was initially deemed to be a suicide.

It was only after Millard and his friend Mark Smich were arrested and charged in the spring of 2013 in the disappearance of Tim Bosma -- a 32-year-old man from the Hamilton area whose body was burned in an animal incinerator -- that Toronto police reopened the "suspicious" cases of Babcock and Wayne Millard.

Carbone, who became the lead detective in both cases, says when the homicide squad took over those investigations, they found errors in the police handling of the initial reports.

It started with Babcock's disappearance in July 2012, when her family and her former boyfriend, Shawn Lerner, reported her missing. They gave officers phone records that showed her last eight phone calls were to Millard.

Lerner said Babcock's case went into a black hole and neither he, nor her family, got any phone calls back from the investigating officers. He later filed a complaint to the Office of the Independent Police Review Director over the Toronto police's handling of the missing persons case. The OIPRD found evidence of misconduct "of a less serious nature" by one officer who gave Lerner a hard time when he initially tried to report Babcock missing.

Carbone says police should have returned those phone calls, both as a courtesy, and because those calls could have led to more information about the 23-year-old woman.

"We needed to be sensitive to their needs -- it's very important," Carbone says.

Frustrated with the lack of police efforts, Lerner took matters into his own hands. He met with Millard over coffee to discuss Babcock's disappearance. In that meeting, Millard denied talking to Babcock in early July, until Lerner produced the phone bill.

"He admitted he had spoken to her, but he says she was looking for drugs and a place to stay and he says he denied both of those requests," Lerner said at Millard's trial.

When Millard was arrested in Bosma's death, Lerner and Babcock's family went back to police with Babcock's final phone calls.

That's when Carbone got involved.

"If the family had not come forward, there would be no program that would have linked the two (Millard and Babcock) together," Carbone says. "They were key."

Carbone said Babcock's missing persons case was deemed a "level-one," meaning no foul play suspected, partly due to her transient lifestyle. She'd been couch-surfing for months after leaving her parents' home, worked part-time as an escort and struggled with mental health issues.

The "level one" designation legally tied the hands of police, Carbone says, as they couldn't request a production order from a telecom company to get her phone records or to track her phone's location.

That data, which showed Babcock and Millard's phones coming together in the hours before she went missing -- became crucial evidence in both the Babcock and Wayne Millard cases, says Carbone.

A jury agreed with the prosecution that Millard and Smich killed Babcock and burned her remains in the same incinerator that Bosma was later found in.

"We never found anything," Carbone says. "I wish there was something we could return to the family."

Carbone says provincial legislation could help police with missing persons cases in the future. The Missing Persons Act, which would give officers the power to retrieve phone records and other information in cases of missing persons, was introduced by the previous Liberal government but stalled after the Progressive Conservatives came to power in the spring.

Earlier this year, Toronto police set up a new missing persons unit -- four detectives working with the homicide squad -- that Carbone calls a step in the right direction.

"Certainly, putting more resources into a specific incident could never hurt," he says.

In May 2013, as the Babcock investigation was underway, Carbone says his team started looking into the suicide of Wayne Millard. They learned that police had seized a .32-calibre revolver found beside the 71-year-old's bed. The gun had been swabbed, but the swabs were never tested.

The results of the tests -- later ordered by Carbone -- came back with two pieces of DNA on the gun's handle: one unknown and one belonging to Dellen Millard. Wayne Millard's DNA was not on the gun.

"It should have been submitted (for analysis)," says Carbone.

Homicide investigators later found that the gun had changed hands several times until Matthew Ward-Jackson, a weapons dealer nicknamed "Iisho," sold it to Millard the day before Babcock vanished.

The coroner, Dr. David Evans, testified earlier this year that he told officers at the scene about the unusual "election site" -- the name given to the location where people who die by suicide shoot themselves. Wayne Millard died by a bullet through his left eyeball that entered his brain.

"That was a red flag," Carbone says, adding police should have dug deeper.

Two days after Wayne Millard was found dead, the coroner officially deemed it a suicide.

For Carbone, it's been a strange and exhausting road.

Carbone says he's trying to get Millard off his mind.

"I'm not sure what I'm going to do with my time now," he says, before catching himself. "Actually, I've got a lot of cases."