Is Canada going to war in Syria? Here's what our military could do

“We are of one mind that these weapons have been used and a firm response is needed,” Baird said Wednesday.

The minister outlined what a strike may look like: quick, limited and conducted primarily with cruise missiles and drones, a war designed to fight an enemy who has access to powerful weaponry, including weapons of mass destruction, and has demonstrated a willingness to use them.

Baird hinted that while Canada would provide full political support for a strike (a valuable commodity in the absence of UN sanctioning), the available military hardware is limited.

The foreign affairs minister said that Canada does not have either the cruise missiles or drones likely to dominate the battlefield in an immediate strike.

Military sources tell CTV News it would take at least a week to get Canadian assets into the area, when a precision strike could be just days away.

Comments by the foreign affairs minister today suggest that if Canada does make a military contribution, it will likely be a supporting role rather than a frontline position. The Syrian military is notoriously well armed, well trained and deadly. There is a very real possibility the Assad regime could use chemical weapons against allied troops.

A supporting role would allow the government to participate without the high risk of casualties.

Canada is capable of taking over U.S. military tasks in some locations to free up American resources. Canada could also provide capabilities like transport and refuelling that would keep Canadian troops out of the danger zone, but still fill important needs. Canada used a model like this recently in Mali, providing transport for soldiers and equipment but keeping conventional troops away.

The Canadian warship HMCS Toronto is currently near the Gulf of Oman, deployed on a counter terrorism mission known as CTF-150. The Canadian government could make the decision to redeploy the ship to the Mediterranean. Once there, the frigate could take over duties from an American ship, freeing the U.S. vessel to move toward Syria.

Canada could station the Toronto in the waters off the Syrian coast. However, military sources point out the ship’s weapons systems are not ideal for striking Syrian targets on the shore. HMCS Toronto does not have GPS-guided missiles capable of a surgical strike. While she could fire sea-to-sea missiles at a target on the coast, the lack of precision guidance raises the risk of collateral damage.

A source close to the military tells CTV News that the Air Force is anxious to participate in any potential action against Syria, using a similar strategy to that of the Libya mission. Whether the government will be willing to risk Canadian fighter jets is another question.

The Air Force is capable of providing strategic-lift C-17s to transport troops, equipment and ammunition for any potential action against Syria. Military sources and civilian analysts suggest this may be the most likely contribution by Canada.

CF-18 Hornets are also an option, Canada’s fighter jets, although there are significant concerns posed by Syria’s modern and effective anti-aircraft weapons. Bashar Assad claimed that sophisticated weapons were arriving from Russia as recently as May.

There is also a possibility of Canada providing refueling capabilities to any effort to strike Syria, again providing a supporting role that takes Canada off the front lines.

Some have speculated about the possibility of an Aurora surveillance aircraft. A senior military source tells CTV News that is unlikely because of the aircraft’s dearth of defensive weapons. Auroras are not capable of the kind of precision strike intelligence that other superior allied aircraft could provide.

Military sources tell CTV News the army will not make a contribution to any potential mission. The Syrian opposition has also indicated they do not want foreign troops on their soil.

A senior military source told CTV News that the Special Forces will be contingency planning for a Syrian deployment as standard operating procedure.

What the Military is Planning for Now

The military is actively contingency planning for Syria, a normal activity for the Canadian Forces during any international or domestic crisis. Army, Navy and Air Force determine what people, weapons and equipment they have available if they were asked to contribute.

Multiple military sources have confirmed to CTV News that the political level has not instructed the military to prepare for a deployment.

Opposition parties are calling for Parliament to be recalled if Canada is to participate in any military action. At the prime minister’s request, Baird has been in contact with all opposition party leaders to relay details of the situation in Syria.

Canada will not make any decisions before the U.S. ask -- “We’ll let decisions be made before we know whether we even have the capacity to be able to contribute,” Baird said.

In the meantime, experts say that Canada’s moral support for the mission will play as key political currency for a U.S.-led operation.

Fen Hampson an international security expert, said ”the more you can make this look like a collective effort … the more legitimacy it gives to the operation even if it’s led by the Americans.” 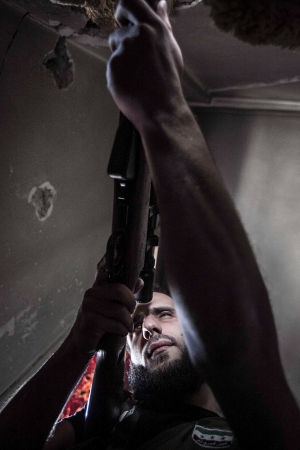 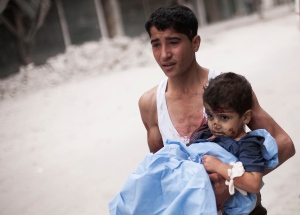