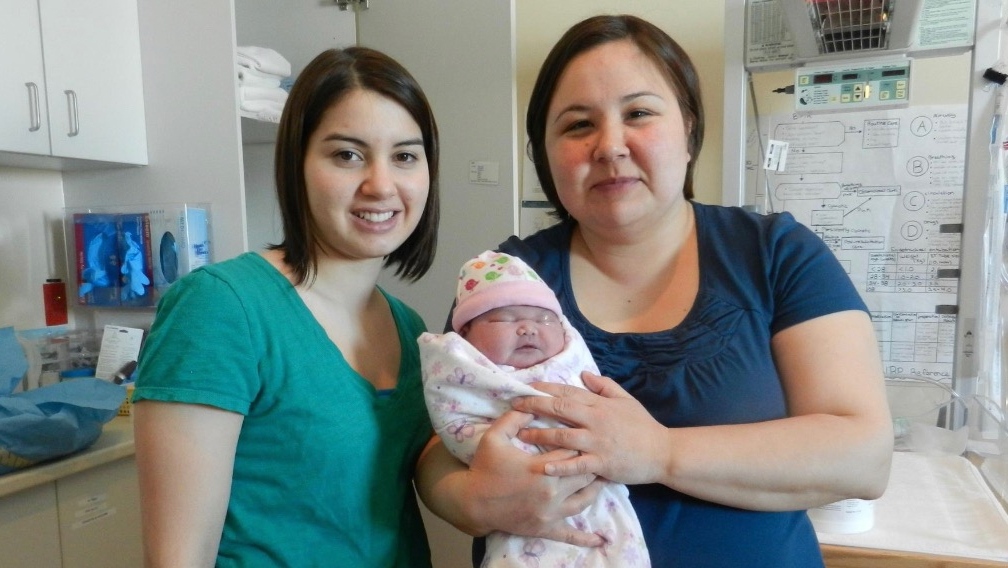 IQALUIT, NUNAVUT -- Cas Augaarjuk Connelly and Rachel Qiliqti Kaludjak never wanted to stop working at a Nunavut birthing centre, but they say years of mistreatment, racism and a lack of support from their government left them no choice.

Both are nationally certified midwives, the first Inuit in Canada to hold such credentials, and for the last six years were the only ones to offer labour support full time in Rankin Inlet.

"It was our dream and our passion. I really had visions of retiring from the birthing centre when I'm old and grey," Kaludjak said.

In January 2020, Connelly resigned and Kaludjak left in August. Connelly had worked at the centre since 2008; Kaludjak since 2003.

The Nunavut government then shuttered birthing services in Rankin Inlet, forcing expectant mothers there and in surrounding hamlets to leave home to give birth.

"It was a very emotional decision. We felt like we were failing ourselves and failing our fellow Inuit women. That made me very, very sad," Kaludjak said. "And I felt very guilty about that. And I still do. The system doesn't allow for us to succeed.

"The women deserve an explanation. A real concrete one."

When Connelly and Kaludjak started at the birthing centre, which opened in 1993, there were two other full-time midwives. But for the last six years, they were the only two. The remaining positions were filled by a revolving door of southern midwives who would fly up for a few weeks.

Connelly and Kaludjak were essentially running the centre on their own.

"We were constantly orienting new staff. And often we had no casuals. We'd have blocks of time where we didn't have enough staff. We'd be on call for weeks and weeks at a time," Connelly said.

Nunavut's health-care system relies heavily on southern providers. And the most recent figures from Statistics Canada show that the territory has the highest birthrate in Canada at 22.6 live births per 1,000 people -- more than double the national average of 10.1. Some 840 babies were born to Nunavut mothers in 2019.

Connelly and Kaludjak provided Nunavut Inuit with something rare: health care at home in their first language.

"Women were able to speak their own language. It was so rewarding," Kaludjak said.

"We're related to half the community, so you're taking care of your family as well," Connelly added.

At times, she said, they were burned out, worried for their patients and felt like they had all of the community's maternity care on their shoulders.

Yet when Department of Health staff needed information or had questions about the birthing centre, they turned to the southern, non-Inuit staff, the women said.

"In their eyes, there were the Aboriginal midwives and then the midwives. We'd do births together and we'd be supervised by people who don't even do births. We were always made to feel less," Connelly said.

One Nunavut government employee, who wished to remain anonymous, said the two women were constantly brushed aside by management.

"You would have somebody from the south come up, who's literally been there a week, and the manager wanted to meet with that person ... instead of asking Inuit that have been there for a decade," she said.

Kaludjak was acting manager at the birthing centre for three years. She said when the position was posted, she interviewed for the job and was rejected.

She said she was told she would need to train her replacement, but no one was hired.

Joan Margaret Laine, a midwife who worked with the two women, said the government failed them.

"There were so many instances of racism and aggression. It was really disheartening to work there."

She said she was in a group of midwives who offered to work full time in Rankin Inlet to give Connelly and Kaludjak some relief. But jobs were never posted.

The Department of Health did not respond to requests for comment about the jobs or Connelly and Kaludjak.

Health Minister Lorne Kusugak, who was moved into the role after Connelly and Kaludjak left, said he's working with his department to review the birthing centre's operations.

"Since Day 1 of my first meeting with senior staff, that was one of the top priorities that we brought forward, to ensure the centre runs again and we don't run into the same issues that may have been highlighted by previous staff."

Kusuagak said he is "very aware" of the situation at the centre.

"We have to make sure that the work environment is one that is equal to everybody that is there. The goal here is to have women give birth in a very safe and peaceful environment."

Martha Aitkin, the birthing centre's director from 2006 to 2009, also worked as a locum midwife in Rankin Inlet in 2017. She said Connelly and Kaludjak experienced "a long list of microaggressions" by the government.

"It can only be described as anti-Inuit racism. The view from the southern people above them in the government hierarchy was that they weren't good enough, that they weren't as qualified," said Aitkin, who is from Ontario.

Connelly, Kaludjak and other midwives said they brought their issues to the government over the years, but nothing was done. They said that's partially because there is a high turnover in departmental staff.

"I don't think there's anyone in one position long enough to make change," Connelly said.

"The whole dream that the government has of homegrown professionals, I don't know how that's ever going to be if they don't support it," Kaludjak said.

The territory's Arctic College ran a midwifery program from 2006 to 2014, but it never continued.

"No one coming in temporarily from the south would ever understand or have the knowledge that they carry by being part of the community, of actually living there."

Connelly and Kaludjak still live in Rankin Inlet with their families.

"The government leaves people hanging with no explanation and too many empty promises and I don't want to be a part of that," Connelly said.

"This is not just a government-bashing discussion. It's mainly for the women to have answers and for the government to step up and make the necessary changes."

This report by The Canadian Press was first published Feb. 28, 2021.