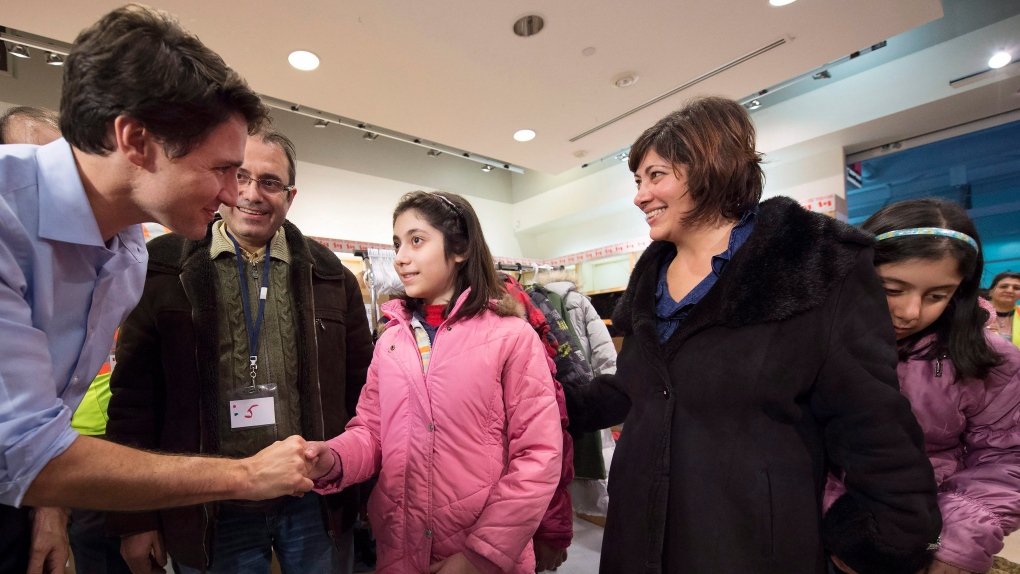 MONTREAL -- More than a year after landing in Canada, many Syrian refugees are still having trouble integrating, according to government data and researchers who have studied the issue.

In comparison to government-sponsored refugees, privately sponsored newcomers tend to fare much better in the short term in language acquisition and job integration, Dawn Edlund of Immigration, Refugees and Citizenship Canada said Thursday.

She said that while more than half of the privately sponsored Syrian refugees who arrived before March 2016 have found work, only 10 per cent of government-sponsored refugees have done so.

"The integration journey that people are on has various aspects to it, and Syrian refugees, whether privately sponsored or government-sponsored, are on that exact same pathway," she told The Canadian Press in an interview.

"I don't know if I identify that as a gap. It's a similar pathway that we've seen resettled refugees travel before."

Edlund was among the first presenters at a multi-day conference in Montreal that is bringing together speakers from academia, government and social-services organizations to discuss how best to integrate newcomers over the long term.

Part of the reason for the discrepancy is the fact government-sponsored refugees tend to arrive with a lower level of education and have a lower self-reported level of knowledge of English or French, Edlund said.

In addition, many privately sponsored refugees benefit from the support of friends and family already in Canada, she said.

"They come into a support network around them that is already strong, already has people who are living in Canada who have employment contacts," she said, adding history shows that gaps in employment outcome between the two groups generally disappear after eight or nine years.

Other attendees at the conference expressed concern that certain groups of refugees could be more vulnerable to falling behind, including women whose access to language classes could be limited by the need to care for young children.

Martha Crago of Dalhousie University, who has studied refugees' success in the school system, said older teenagers who lack language skills are another group at risk.

"They are more vulnerable to dropping out of school and if they aren't 18 they aren't eligible for adult education classes," she told the conference.

Immigration Canada reported that private and government-sponsored refugees report a need to improve their language skills to get jobs, as well as difficulty in having their professional qualifications recognized.

Edlund said she couldn't say how many employed refugees were working in their previous fields of expertise, but said about half were in sales or service occupations.

Quebec Immigration Minister Kathleen Weil, who attended the conference, said there is still a need to address the "systemic blockages" that prevent skilled immigrants from having their credentials recognized in the province, despite progress in recent years.

"There are issues of recognition, but also of training which isn't available," she said in an interview. "Some people need a certain type of course, but universities don't offer it because they don't have the critical mass of students."

Weil hinted that the Quebec government's next budget would include new funding for integration services, including "much more" money for French-language training.

"Language is the pillar of integration," she said. "Children are in school, they learn quickly, but the parents are disadvantaged, and we want to reassure them."