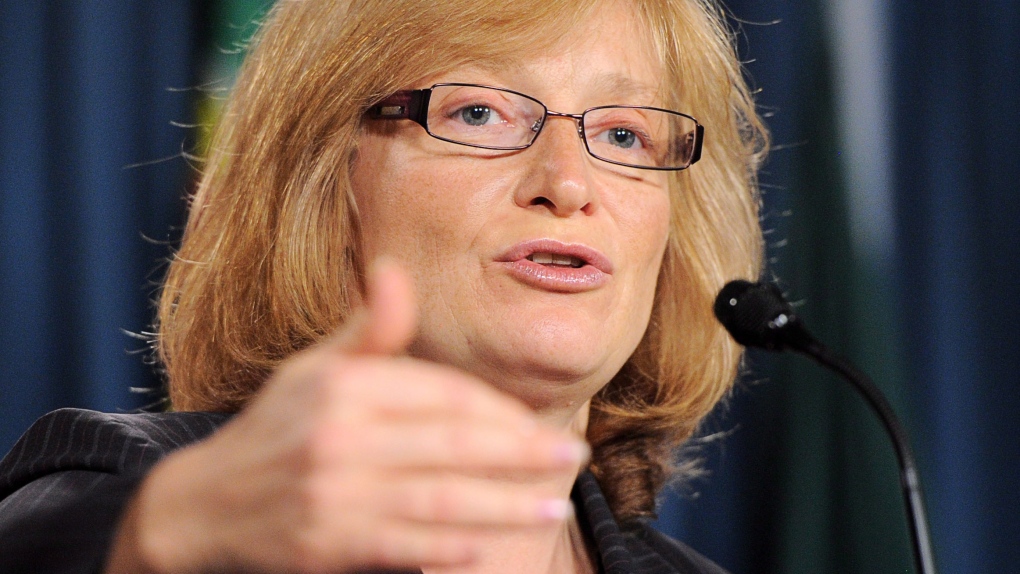 Suzanne Legault, Information Commissioner of Canada, holds a press conference on Parliament Hill in Ottawa on Thursday, May 31, 2012. (Sean Kilpatrick / THE CANADIAN PRESS)

OTTAWA -- Federal policies that restrict what government scientists can say publicly about their work are about to be put under the microscope.

Legault is responding to a detailed complaint lodged by the Environmental Law Centre at the University of Victoria and the ethics advocacy group Democracy Watch.

Their lengthy report -- "Muzzling Civil Servants: A Threat to Democracy?" -- laid out repeated examples of taxpayer-funded science being suppressed or limited to pre-packaged media lines across six different government departments and agencies.

In a letter to the complainants, the commissioner's office noted she is required under the Access to Information Act to investigate any matter related to obtaining or requesting records.

The complaint alleges that by keeping government scientists from speaking out about their work, the public is denied the chance to request records -- because no one is ever made aware they exist in the first place.

The complaint "alleges that the right of access to information under the act is impeded by government policies, practices or guidelines that restrict or prohibit government scientists from speaking with the media and the Canadian public," Legault's office responded, saying it "falls with the scope" of the legislative mandate.

In addition to four government departments and two agencies cited in the complaint, Legault said she will also examine the Treasury Board Secretariat "because of its role in relation to the development and implementation of government policies."

Chris Tollefson, the executive director of UVic's law centre, said their research into suppressed science revealed both the wide scope of the practice and that it "represents a significant departure" in government practice over the last five to seven years.

"It really is a core issue in terms of the health of our democracy," Tollefson said in an interview. "We need to know what the best science is as we make difficult decisions about policy."

The government of Prime Minister Stephen Harper has been accused of silencing scientists on number of subjects, particularly environmental science, since the Conservatives came to power in 2006.

Gary Goodyear, the minister of state for science and technology, was not available Monday to defend Conservative practices. His office provided an email stating government scientists "are readily available to share their research with the media and the public."

It came the same day that the Globe and Mail reported that the National Research Council declined to make available its lead engineer for a front page story on research into truck safety.

"It's not the number of documents, it's what percentage of documents are being released."

Environment Canada forbids scientists from speaking publicly on issues such as climate change, polar bears or caribou without getting specific approval from the Privy Council Office, the bureaucracy that supports cabinet and the prime minister.

Natural Resources Canada requires pre-approval on any interview on topics such as "climate change, oilsands" as well as with any reporter from a national or international media outlet.

Fisheries and Oceans Canada has a communications policy that ensures "approved media lines are in place" before a scientist may speak with a reporter.

Calvin Sandborn, the legal director of Victoria's Environmental Law Centre, said a formal investigation by Legault, who has the power to subpoena witnesses and take evidence under oath, is crucial.

"This should make it possible for civil servants, and government scientists specifically, to speak freely to the information commissioner," said Sandborn. "We have indications that there is very, very broad discontent amongst scientists about being muzzled and having their research suppressed."

But civil service unrest is not the issue, he said, nor is partisan politics.

"No matter what people's politics are and what their position on climate change is, for example, most people would agree we should have access to research that taxpayers have paid for, and that research information should be part of the debate."