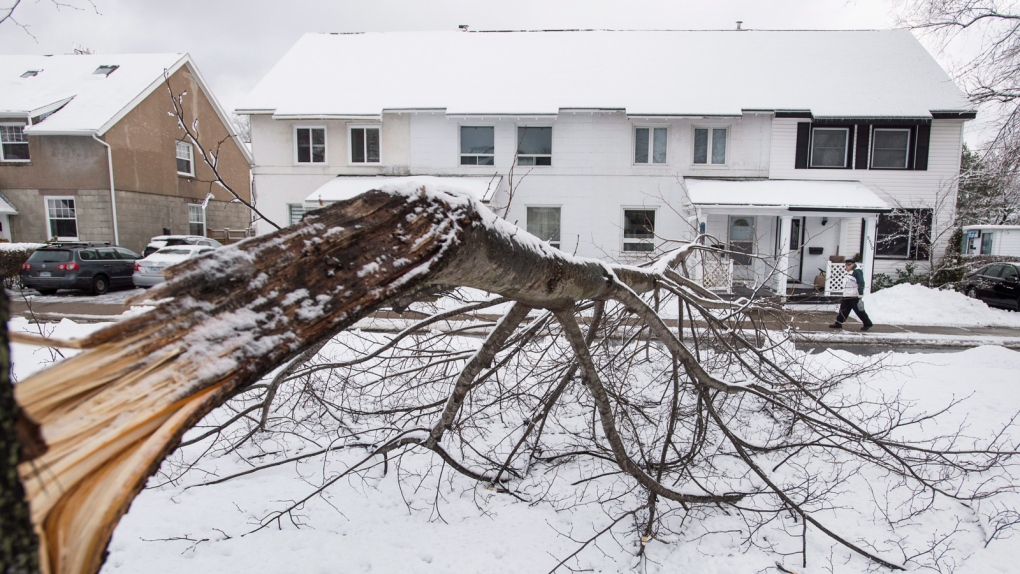 A felled tree is seen in front of a home in the north end of Halifax following a winter storm in Halifax on Saturday, January 30, 2016. (Darren Calabrese / THE CANADIAN PRESS)

HALIFAX - Nova Scotia Power says some customers may be in the dark until tomorrow after heavy snow knocked out electricity to about 67,000 customers over the weekend.

The utility says crews are tackling smaller areas and individual outages with the goal of having power restored by the end of the day.

However, the utility says outages in the hardest hit areas of the province could take longer.

It says ice-encased equipment and trees entangled in power lines are creating a challenge for crews.

It says crews from New Brunswick helped reconnect power to more than 5,500 customers overnight in the Antigonish, Stellarton and Port Hawkesbury areas.

Nova Scotia Power says it contacted customers directly by phone when it became clear that some of the estimated restoration times would not be met.