'I want to see people like me': Trans newcomers, refugees carving out online space to connect 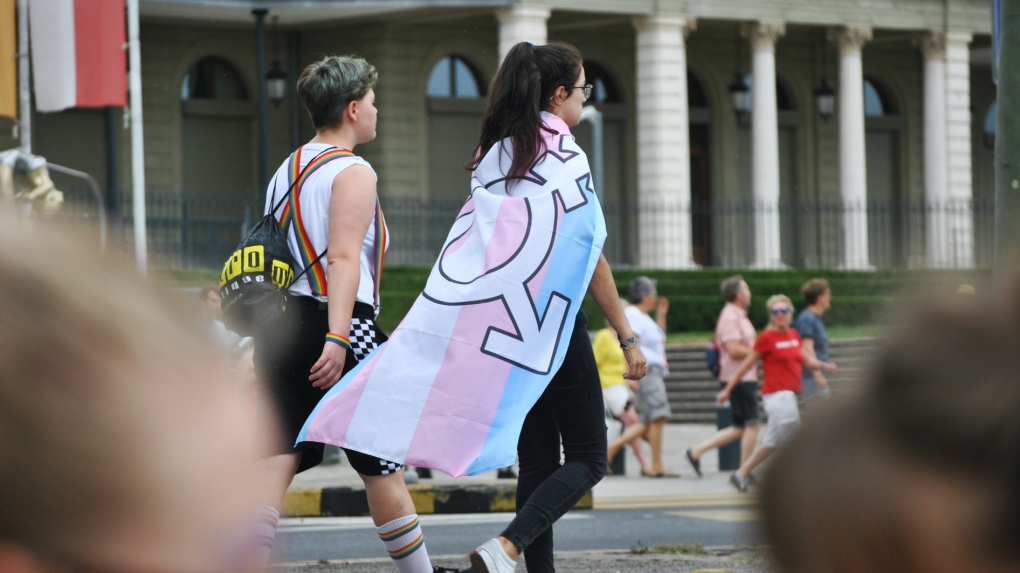 File photo of person with a trans flag on their back. (Unsplash, Delia Giandeini)

SASKATOON -- Trans newcomers and refugees in British Columbia have created a unique online community where they can have fun, deal with trauma, and share resources on adjusting to a new life in Canada amid the added challenges of the COVID-19 pandemic.

Although dozens of organizations across Canada help trans newcomers, it’s usually only within broader LGBTQ2S+-friendly initiatives.

But since September, a grant-funded peer-support group aptly named “Beyond Borders and Binaries,” began meeting online once a month. When they meet, trans immigrants show the ropes to newcomers, who organizers say can feel particularly isolated.

“Some of them moved here four months ago, others 10 years ago. They come because they feel it is very important to for them to share from their experiences,” trans peer facilitator Norma Lize, who came to Canada from Lebanon in 2018, told CTVNews.ca in a phone interview.

For a couple of hours over Zoom, Lize and two counsellors from a torture survivors’ group catch up with trans folks -- a term that can include people who are non-binary, gender non-conforming, or genderqueer -- and loosely centre the conversation on themes brought up by the attendees themselves.

“We talk about big topics but also talk about day-to-day stuff which is beautiful,” Lize said.

Rita, who requested to use a pseudonym out of fear of being harassed online, told CTVNews.ca over email that “I feel like I can share stories as mundane as the food I cooked, or sheer joy I felt while sharing how my body was changing in response to the right hormones.”

Rita, a trans woman of colour who immigrated to Canada about two years ago, also feels grateful to be able to speak openly about her transition, which “would not be accepted in the country of my birth in the same way.” She describes herself as working past the “saga of me pretending to be a boy that lasted decades.”

Frankie Oliver Pryor, who uses both “he” and “they” pronouns, praised Lize’s approach because “whether it is a hard topic or something light hearted, no matter what, I still feel safe and can be myself without fear of judgment.”

Pryor, who was born in the Philippines and immigrated to Canada in 2004, was never accepted for who they were in their own household. “Beyond Borders and Binaries has helped me become vulnerable and be able to trust people to share my experiences with, in hopes of helping others feel less alone with their experiences,” they said over email.

They’ve known they were queer since childhood but only recently came out as transmasculine – an umbrella term for people who feel a connection with masculinity, but don’t always identify as male. Lize said it’s easy for her to see how much the program means to people.

“You might be surprised at the dedication… even if they just want to attend for 15 minutes, 20 minutes or half an hour,” she said, noting it’s fairly common for the dozen or so attendees to call during work breaks or on their way home to ensure they don’t miss a meetup.

Lize said the resounding sentiment is that: “I want to be there, I want to listen, I want to see people like me.” 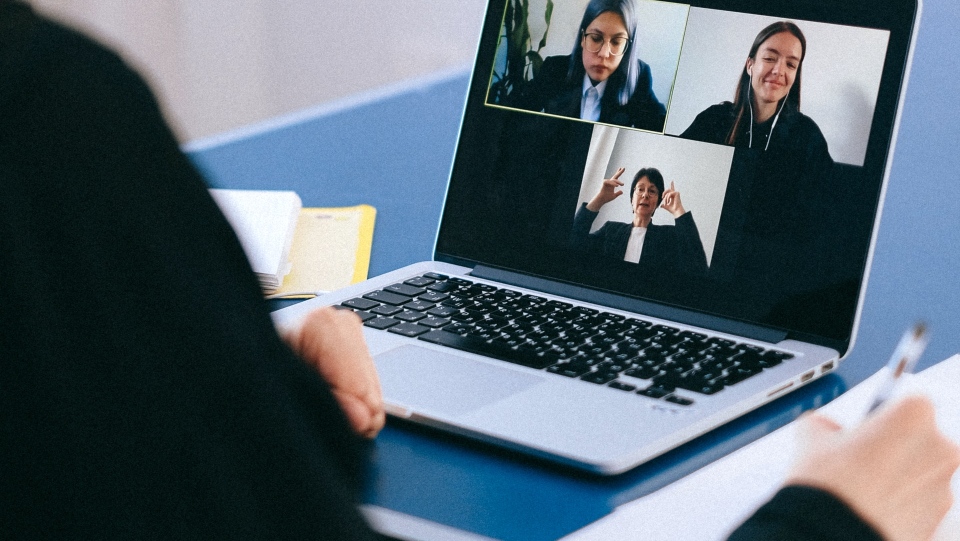 She would love to see the group’s approach catch on across the country, noting that sometimes other broader LGBTQ2+ friendly initiatives or programs might not have time or the resources to focus on trans newcomer issues specifically.

The B.C.-based project is run by the Vancouver Association for Survivors of Torture and the MOSAIC settlement and employment services agency, who had heard from trans clients that a support group specifically tailored for them would be extremely helpful.

“It’s really another community created where there were very little other community resources for this group,” a MOSAIC group facilitator, Kiana Reyes, told CTVNews.ca in a phone interview. “Trans, non-binary gender-diverse issues and needs are even more unique than the general LGBTQ population.”

Reyes, who identifies as gender non-conforming and uses the pronoun “they,” explained the pandemic has exacerbated the problems and mental health stressors trans newcomers face.

But because of the “Beyond Borders and Binaries” peer-support group, Reyes said they’ve noticed a lot more people become comfortable in “sharing those feelings of isolation and be able to create a community.”

The need for trans folks to have a safe space of their own became apparent through Reyes’ job running MOSAIC’s “I Belong” program -- a broad peer-support counselling group for lesbian, gay, bisexual, trans, intersex, asexual, and two-spirit people -- that began in 2014. This group was one Lize sought help from.

Reyes said trans newcomers initially just wanted tips and information about getting to Canada, so a lot of online resources came from the multilingual Trans Newcomers Resource Hub -- created in 2019 by MOSIAC and Trans Care BC, a provincially-run health service program for trans people.

But throughout 2020, feedback kept coming up about gaps, especially when it came to a more personal touch for trans and gender-diverse newcomers. So this led to them lobbying and getting fundingfrom Trans Care BC for “Beyond Borders and Binaries,” which is now in its sixth month running.

Lize said Canada still has a long way to go when it comes to trans acceptance. Despite trans rights being protected by federal human rights and criminal laws, trans people are at a higher risk of being attacked and having poorer mental health than cis-gendered people.

“With my background from the Middle East, before moving to Canada, I thought here it would be like heaven,” she said, adding that the realization that not all spaces are welcoming to LGBTQ2S+ folks can be hard on trans newcomers.

When it comes to peer support groups focusing on trans newcomers, Reyes said they’re at a bit of the forefront simply because of the government funding. But they praised communities and organizations across Canada that help trans newcomers as part of their own broader LGBTQ2S+ initiatives.

These included Toronto-based Rainbow Railroad and Vancouver-based Rainbow Refugee, which help settle persecuted LGBTQ2S+ people in Canada; The519 in the Greater Toronto Area, which offers mentorship to trans and non-binary youth and trauma counseling; Sher Vancouver, which has peer support groups for LGBTQ+ youth and adults; and Sherborne Health, which offers one-on-one goal-planning sessions with trans newcomers and drop-in sessions.

That being said, Reyes said they would “love to see [peer support program for trans newcomers] replicated across Canada. I think there are a lot of things to be learned and a lot of knowledge to be exchanged.”

Reyes said trans newcomers tell them the information and stories they hear directly from other trans immigrants is invaluable. But they yearn for the day people feel all their needs are addressed in any space.

“We want to make sure… that the culture is also LGBTQ2S+ friendly and competent rather than one specific program but we’re not there yet.”

Pryor wishes they had something like “Beyond Borders and Binaries” growing up. They yearn for more trans-centric spaces to pop up for “people out there that are struggling with their own stories.”