'I do forgive him as a human': Rape victim confronts her attacker in restorative justice process 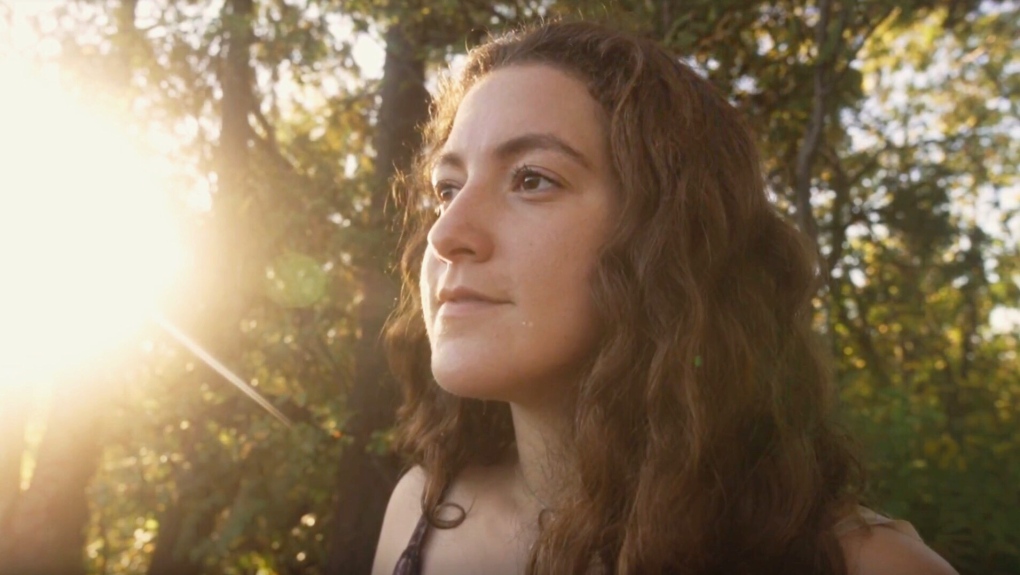 Marlee Liss spent hours face-to-face with her rapist using the restorative justice method to find closure, healing and even forgiveness for the man who sexually assaulted her. (Courtesy Lifted Up Media)

TORONTO -- Marlee Liss sat face-to-face with her rapist to get the closure she says she needed to move past the assault.

"He said, 'I sexually assaulted you Marlee,' and he said it while looking right at me, and he said 'I'm so sorry'… I didn't even know I needed that healing, but the moment he said it and took accountability, I just burst into tears," said Liss in a telephone interview with CTVNews.ca. "I wish that moment for all survivors because that ownership is so meaningful."

Liss, 24, says she used the Indigenous-rooted approach of restorative justice as an alternative to Canada's mainstream criminal justice system to focus on repair rather than punishment.

"At one point he said that he wants to help stop sexual violence in the world -- it just blew my mind and also restored my world view," said Liss. "Transformation like this is possible."

Her restorative justice process was held in the form of a mediation circle that included two mediators along with Liss, her sister and mother, the rapist and one of his friends, as well as their respective lawyers.

Liss says the Toronto meeting room was like a "self-care sanctuary" with open windows that let the sun shine in. Participants were given stress balls and sat in a circle, starting on chairs and eventually moving to the floor. Quotes were written on whiteboards on the walls to remind them to be courageous.

They went around the circle for eight hours, each expressing how the sexual assault impacted them.

Liss recalls her rapist saying that he initially repressed his memory of the sexual assault. It wasn't until one of his friends was assaulted, and shared the story with him, that he realized what he had done to Liss.

"My offender's response was really huge to me… I got to see context into what the assault was for him. He said he totally blocked it out of his brain. He said he knew something was off but he wasn't acknowledging it," Liss said.

She says her rapist "felt himself as the victim when he was first charged and held in jail" but he "very clearly took accountability" during the restorative justice process.

After Liss was raped by a stranger she met at a Toronto bar in the summer of 2016, she says the court process that followed felt almost as traumatic as the assault itself.

As per Canadian Press guidelines, CTVNews.ca does not typically name sexual assault victims without their permission, which Liss has granted. She spoke with CTVNews.ca in October.

Liss' rapist faced one count of sexual assault under section 271 of Canada's Criminal Code. The preliminary inquiry took place in the winter of 2017-2018, after which he was committed to trial.

"When I got subpoenaed for the criminal trial, I couldn't handle it," said the social work student-turned activist. "It was so detrimental to my mental health to have the preliminary trial that I kind of just wanted to drop the charges, but at the same time I didn't want to let it go."

She said the court process felt victimizing when she had to listen to the lawyer defend her attacker. What she really wanted, she said, was to know why her rapist did what he did.

When Liss realized that the courts weren't going to provide an answer, she requested using the restorative justice process she'd learned of through a fellow survivor she met while travelling in Germany.

Restorative justice focuses on addressing the harm caused by a crime while holding the offender responsible for their actions, according to Canada's Department of Justice. The approach provides an opportunity for the parties directly affected -- victims, offenders and communities -- to identify and address their needs in the aftermath of a crime.

Liss' mediation circle took place in the fall of 2019 and was run by the social service agency St. Stephen's Community House.

Peter Bruer, manager of the conflict resolution and training program at St. Stephen's Community House, told CTVNews.ca that restorative justice isn't about debating facts. He said its main goal is to make amends and ensure the behaviour won't happen again.

"In contrast to the traditional justice system in Canada, which seeks to establish a punishment for each act of wrongdoing assuming that will contribute to victim and societal satisfaction, R.J. focuses on repairing damage and restoring relationships," Bruer in an email to CTVNews.ca.

In order to participate in restorative justice, Liss' assailant had to admit wrongdoing and take responsibility for raping her. He also had to be in counselling for a year prior to the mediation circle.

Once everyone in the circle had said all they needed to say, the mediators asked Liss if she was satisfied.

After she said yes, the charge against her offender was dropped and the trial was cancelled at the request of assistant Crown Attorney Cara Sweeny.

"When I left the circle, it was one of the most profound, deeply healing experiences of my life. I've never been more proud of myself… to be able to sit down with this person and voice my pain... It was so empowering for me," Liss said.

Had she not been happy with the outcome of the circle, Liss would still have had the option to pursue a trial.

A civil suit was settled between Liss and her rapist. The terms of the settlement are confidential.

The rapist, his lawyer, and his friend confirmed that they do not want to be approached by the media -- even on an anonymous basis. All parties involved in the restorative justice circle, with the exception of the two mediators, signed a confidentiality agreement.

Stacey Colliver, director of community relations at CJI, said in an email to CTVNews.ca that it's a common misconception that an offender gets off "scot-free" by participating in restorative justice.

"People who have committed a sexual offence are often ostracized from their community. If the victim is satisfied with the outcome of the process, and the police and Crown Attorney's office have decided not to press charges against the individual, it seems logical that they may want to protect their identity," she said.

Liss says she doesn't feel that her offender went without penalty, even though the charge was dropped and he can remain anonymous.

"Going to therapy isn't the easy way out. It's the hard way because you're looking at your wounds and acknowledging any harm you've caused," she said. "It takes a lot to do that."

While restorative justice has been previously used in Canada to resolve some misdemeanor cases, it's predominantly used in Indigenous cultures.

Carleton University research associate and co-ordinator of Circle of All Nations Romola Thumbadoo says the process is rooted in traditional Aboriginal views of justice "focused on rebalancing and reharmonizing relationships" rather than "crime equals punishment."

Having worked for the federal government in corrections and Aboriginal justice for over 25 years, Thumbadoo said offenders need healing that they don't get from spending time in jail.

"Offenders oftentimes are victims of abuse themselves, and they need to work through a process the traditional system doesn't offer them," she said. "There needs to be deeper reflecting within government structures for dealing with crimes to promote systemic change."

Liss said she saw first-hand how restorative justice has worked to heal her rapist, but added that forgiving him is "not the same as justification."

"I don't forgive his act of rape, but I do forgive him as a human being and I understand and acknowledge that he too has been raised in a patriarchy that has asked him to suppress his emotions and has normalized rape culture," she said.

Evidence suggests that restorative justice has significant benefits for the victim, the offender and the community. But Colliver cautions that the approach isn't for all survivors.

"If the offender is not accountable and not willing to accept responsibility, or is going to use the process to further manipulate a survivor, it would not be an appropriate process," said Colliver. “It's integral to any restorative process that participation is voluntary."

However, Liss wants to make sure others know restorative justice is an option.

The experience led Liss and her mother to launch a foundation called "Re-humanize" to raise awareness and enhance access to restorative justice and support survivors who choose to use it.

"We need to let survivors take the front seat. The restorative justice process offers such deep healing and lasting transformation for all parties involved and for our culture beyond individuals," she said. "It's not just about making sure this person doesn't do this again; we can go beyond that. We can go beyond fixing it and we can use this story to help make change."