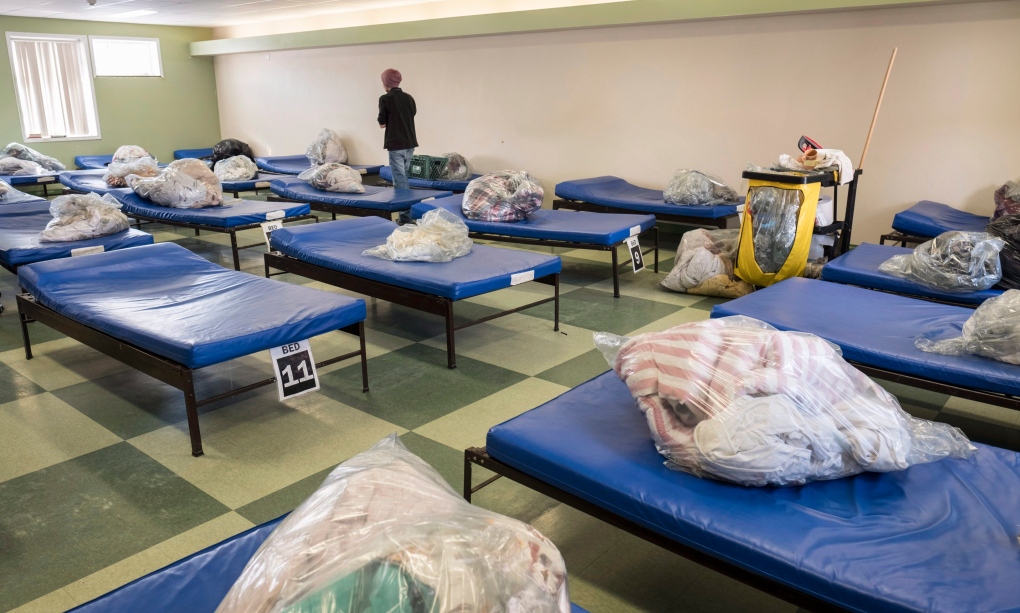 The men's dorm is seen at Shelter House in Thunder Bay, Ont. on Thursday, March 3, 2016. (Paul Chiasson / THE CANADIAN PRESS)

OTTAWA -- A by-the-numbers look at some of the key figures about homeless in Canada:

235,000: Estimated number of people who are homeless in Canada annually.

35,000: Estimated number of people who are homeless in Canada on a given night.

50,000: Estimated number of people who are "hidden homeless" -- defined as those without homes of their own who lean on friends or family for shelter -- on any given night.

4 million: Number of bednights, defined as nights during which a shelter bed is occupied, each year across Canada.

$105.3 million: Amount the federal government spends annually on the Homeless Partnering Strategy, which is designed to prevent and reduce homelessness.

82,380: People who found more stable housing as a result of the Homeless Partnering Strategy.