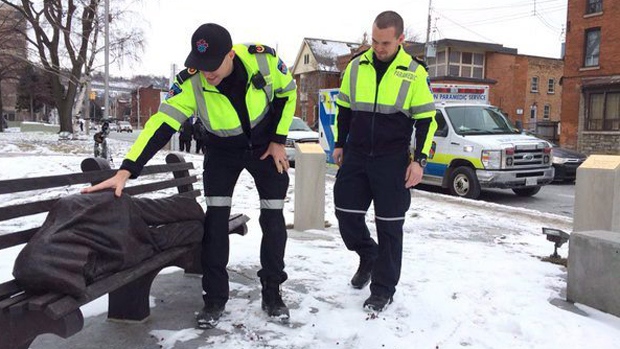 HAMILTON - Police in Hamilton say a homeless Jesus statue came to the rescue Monday afternoon after a large truck was unable to stop at an intersection.

Police say the driver of a junk removal truck realized he couldn't stop at a red light and mounted the curb in an effort to avoid hitting pedestrians and other vehicles.

They say the truck hit a bench with a statue of sleeping Jesus and came to a halt, preventing any further damage or injuries.

Investigators say if the truck had continued, it would have headed into oncoming westbound traffic and pedestrians.

The homeless Jesus statues by Ontario artist Timothy Schmalz have been installed in several cities.