Hold put on Keystone: Alberta says it will keep working on other ways to move oil 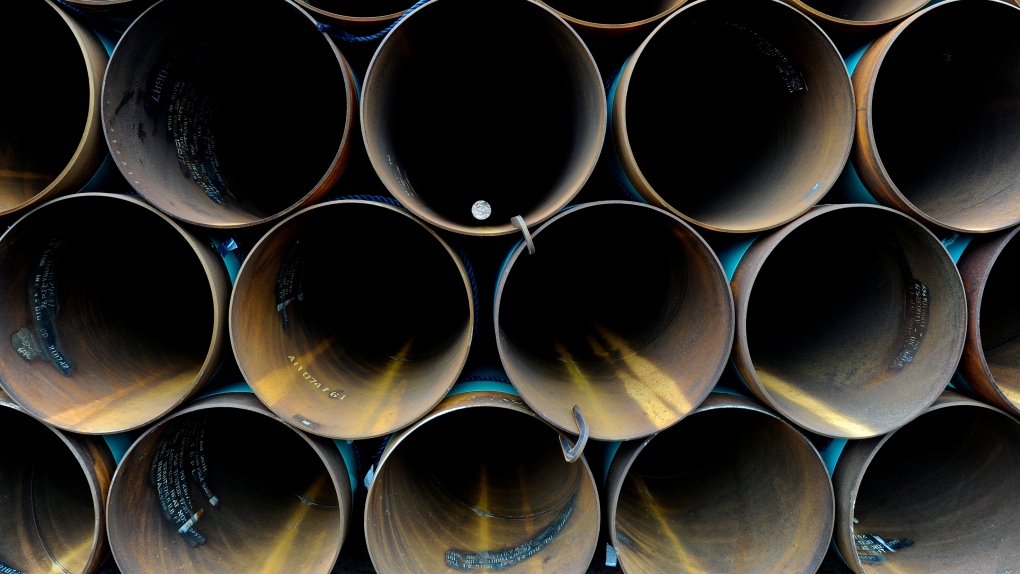 Piping to be used for the Keystone XL pipe line from Cushing, Oklahoma to the Gulf of Mexico sits stacked at a storage yard at TransCanada Pipe Yard near Cushing, Oklahoma, USA, 21 March 2012 (reissued 09 November 2018). EPA/LARRY W. SMITH

Marg McCuaig-Boyd says the province will look to see what it can do to get the project restarted and also to find other ways to get more oil to market.

A federal court judge in the United States on Thursday blocked a construction permit for the Keystone project until it passes further environmental reviews.

McCuaig-Boyd says pipeline bottlenecks and a captive U.S. market are forcing Alberta oil producers to sell at a deep discount.

She says Canada is leaving about $80 million a day on the table due to the discount.

The Keystone decision is one more setback for Premier Rachel Notley's government, which has been fighting to get an expanded Trans Mountain pipeline to the B.C. coast to reduce the bottleneck.

That project is also in limbo pending further consultation and environmental review.

McCuaig-Boyd noted that the Alberta government has agreed to ship 50,000 barrels of crude oil daily on the Keystone line.

"We're giving our resources away cheap .... We need market access," McCuaig-Boyd said at the legislature Friday.

"We've made a proposal to the federal government to increase crude by rail. We're waiting to hear back on that proposal. While that's a temporary solution, the long-term solution is still to get pipeline access."

Alberta's Opposition United Conservatives said Notley's government is paying the price for focusing on Trans Mountain and being ambivalent toward other projects such as Keystone.

"This ruling is a reminder of the foolishness of abandoning other viable pipeline projects, including both Northern Gateway and Energy East," said energy critic Prasad Panda in a statement.

"We cannot afford to put all our eggs in one basket. To the contrary, we should be encouraging pipelines in multiple directions."