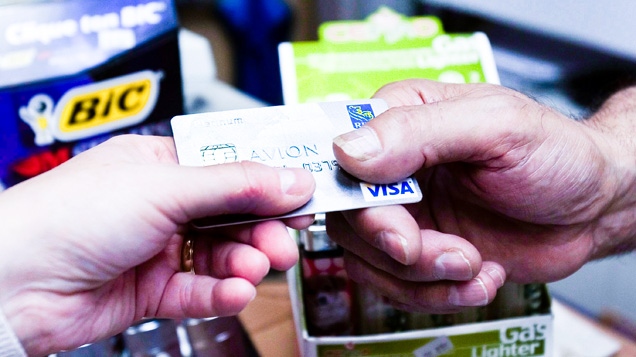 Community Foundations of Canada zeroed in on youth issues in its annual report, which offers a snapshot into the quality of life in communities across the country. Fourteen community foundations across Canada launched their own local reports on Tuesday.

The average debtload for Canadian students is in the $20,000 to $30,000 range across the country and accruing debt may impact the ability of students to complete their studies, the report noted, leading to a delay or break from school to join the workforce.

Meanwhile, students looking for work to pay off debt often face grim job prospects. One out of three grads aged 25-to-29 with a college or university diploma moved into low-skilled work after finishing school, the report noted. And in June, the youth unemployment rate was at 14.8 per cent -- more than double the national average.

The linear path previous generations experienced transitioning from home to school to career and family is being "dismantled," said Ian Bird, president and CEO of Community Foundations of Canada. Bird describes the "new normal" as "much more uncertain" and "way more fragmented."

"Whereas a previous generation would have come through their younger years with little debt and significant opportunities for work built out of their access to education, what we see now is quite the opposite," he said from Winnipeg.

University of British Columbia law student Jessica Magalios spent the past nine months at the UBC First Nations Legal Clinic in Vancouver's Downtown Eastside. During the academic semester and the summer she worked at the clinic, which represents indigenous clients who can't afford regular legal counsel and aren't eligible for legal aid.

"I would love to continue with that kind of work. I find it really intellectually, emotionally and morally satisfying -- but there's no money in that field," Magalios said in an interview.

"I'm going to be graduating with a six-figure student debt, and it's just not realistic for me to pursue that kind of work."

Beyond the costs for tuition, textbooks, rent, groceries and other necessities, the 32-year-old is living with cystic fibrosis and diabetes related to the disease, which requires her to take insulin shots four times daily. Magalios said she spent about $11,000 out of pocket last year on health care-related expenses.

While she works part-time with a professor at the law school, Magalios said she currently has neither the time nor energy to work beyond 10 hours a week.

"It wakes me up in the middle of the night, my debt does. I am really, really concerned about it, and it gives me a lot of anxiety; and that's aside from my regular concerns about making ends meet."

Magalios believes the current student financial assistance system based on loans is ineffective at promoting access to education for people who have extra difficulties getting there. She added that high debt discourages or prevents people from pursuing careers that don't pay as well -- in her case, practising legal aid or public interest law.

"Students shouldn't have to fit this one picture. There isn't a one size fits all model for students who want to go to law school," Magalios said.

"People have different requirements and different backgrounds, and the current system just isn't set up to accommodate that."

Bird said "eduflation" -- rising fees for education exceeding inflation -- combined with the decision by some to postpone schooling will have an impact well beyond the classroom.

"The ongoing uncertainty is creating an environment that we should really be grappling with for young people."

Jessica McCormick, national deputy chairwoman of the Canadian Federation of Students, said the group is advocating for the creation of a post-secondary education act modelled after the Canada Health Act to help address the issue of high tuition fees.

"Across the country, there are varying levels of access," she said from Ottawa.

"There needs to be some sort of work done on the part of the federal government to ensure there is a national standard for post-secondary education, some national strategy for access."

While Canada has weathered the economic downturn better than some other countries, Bird said young people between the ages of 15 and 24 have bore the burden of 50 per cent of the job losses during the recession -- a group comprising only 16 per cent of the labour market.

"There's a really common example of a disruption, of one of those shifts that's really shaken the Canadian youth experience and one that I think really drives home the point (that) as a community -- and we as a society -- ought to be paying closer attention to this, and really grappling with it across generations."