High-court ruling on breathalyzers behind delay in new drunk-driving law? 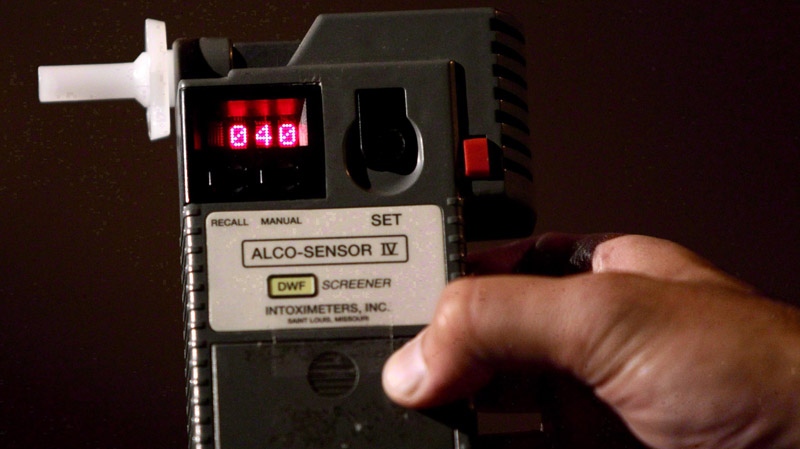 OTTAWA, Ont. -- Nine months after promising to toughen drunk-driving laws, Justice Minister Peter MacKay still has not introduced legislation -- and an adverse constitutional ruling from the Supreme Court of Canada may help explain why.

The high court threw out an element of the 2008 "Tackling Violent Crime Act," in a little-noticed constitutional pushback against the Harper government's tough-on-crime agenda.

The government had wanted to get rid of the so-called "two-beer" defence, which allowed defendants accused of impaired driving to readily challenge the results of police breathalyzer tests by arguing they had not consumed enough alcohol to produce an adverse reading.

The 2008 Conservative amendments tightened the rules by putting far more onus on the defence to demonstrate specifically how and why a breathalyzer did not register a true reading, whether from machine failure or mistakes by the police officer giving the test.

The new restrictions were challenged all the way to the Supreme Court of Canada, which in a November 2012 ruling supported the end of the two-beer defence.

But the justices also said two related changes to the impaired-driving law were unconstitutional because they placed far too much burden on the defence to show in technical detail why a breathalyzer reading was not reliable.

And a briefing note for MacKay last fall suggests the adverse constitutional ruling may be throwing a monkey wrench into plans to expand the use of breathalyzers so that police can administer the tests randomly, and not only when they have reason to suspect a driver is impaired.

The Oct. 9 note says the high-court ruling has since prompted a flood of legal applications from defence lawyers for technical information on the maintenance and operation of individual breathalyzers, as they seek to show even minor malfunctions or misuse without the onerous technical demands of the now-defunct amendments.

"All provinces are dealing with significant demands for disclosure of materials," says the heavily censored note, obtained by The Canadian Press under the Access to Information Act.

In September last year, less than two-weeks before the briefing note was written, MacKay told the Globe and Mail he was looking at ways to expand roadside checks to allow police to administer breath tests randomly, as is done in New Zealand, Australia and other countries.

The measure has the support of the Canadian Association of Chiefs of Police, the Canadian Council of Motor Transport Administrators, Mothers Against Drunk Driving and a parliamentary committee in June 2009 -- and the heavily censored briefing note lists the measure as a prime option for fighting impaired driving.

Random breath testing "eliminates the subjective assessment by the police officer and provides a scientifically valid way of detecting impairment," says the note.

But provinces may be reluctant to see more breathalyzer cases clogging their courts after the Supreme Court ruling triggered a wave of defence disclosures on the reliability of the machines and their operators.

As of last October, Quebec alone had about 4,000 impaired-driving cases affected by the constitutional decision, says the note.

A spokeswoman for MacKay did not respond directly to questions about the Supreme Court finding or the timing of any new proposals to fight impaired driving.

"Our government is in contact with our provincial and territorial partners in discussing the means forward," Paloma Aguilar said in an email.

"At the most recent meeting with the provinces and territories, a working group was asked to discuss ways in which all levels of government can further address impaired driving."

The briefing note also outlines a second area of concern, drug-impaired driving, but raises red flags there as well.

"The science with respect to drugs is nowhere near as advanced as it is with respect to alcohol," it warns. "Alcohol reacts on all bodies in the same way and has known rates of absorption and elimination."

"There are thousands of drugs which may impair and may react differently on different persons or on the same person at different times. ... or are absorbed at different rates depending on the manner it is taken."

Aguilar said the government "will review this legislation very carefully as it awaits debate in the House of Commons."