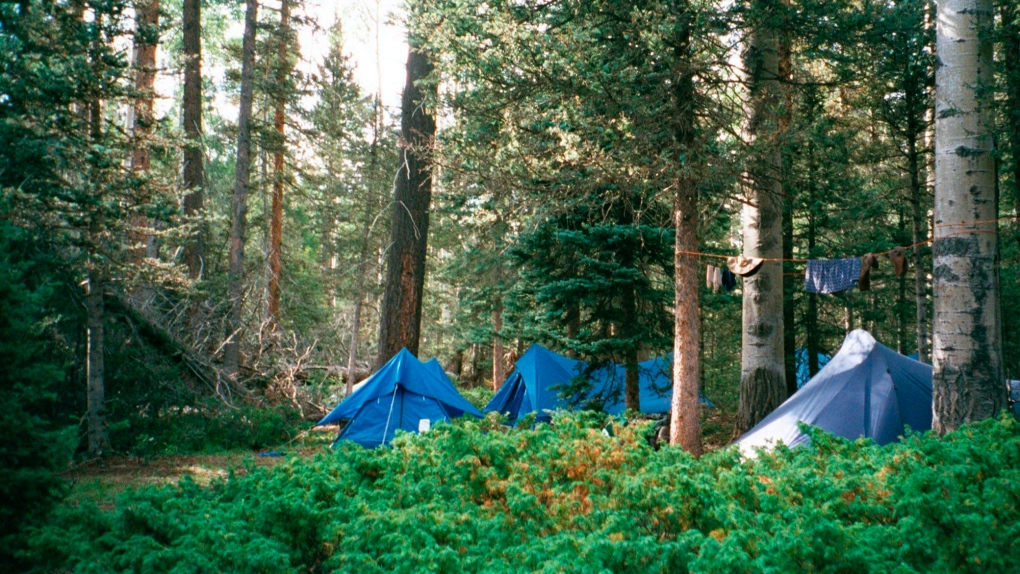 In this July 2001 file photo, a campsite setup off the trail to the summit of the second highest peak in Philmont Scout Ranch, N.M., is shown. THE CANADIAN PRESS/AP/Ira Dreyfuss, File

TORONTO -- Ontario residents itching to explore the great outdoors after a year of lockdowns are struggling to secure campsites in provincial parks, where demand is up almost 100 per cent over last year, according to the government.

Some campers are mass-booking sites then dumping them at the last minute – a practice that has been used for years.

David Bain, organizer and founder of the annual Ontario Backcountry Canoeing Symposium, explained that the Ontario Parks system allows an eager camper to try to book a site five months in advance of their arrival date, and to reserve it for up to 23 days.

“If I want to go August 5 then March 5 I can theoretically get on and try for a site. But if somebody who wants to go to the same lake on the same day might get on a day earlier and book August 4 so the system will let me book six, seven days,” Bain told CTVNews.ca. “Then they will just dump August 4 and pay a small fee.”

Bain, who has been booking through the Ontario Parks system for 26 years, said because of the 23-day option, some people are working the system.

“Now, people are just playing that to an extreme. They’re saying ‘I know I want August 5, what’s the week, two weeks before and I’ll start booking then,” he said. “Then I’ll just dump them closer to the date.

"The morality of it may or may not be in question but given the incredible demand, partly due to COVID but mostly just due to an increase in numbers, people are desperate to get something so they're doing what the system allows them to do."

The Ministry of the Environment, Conservation and Parks (MECP) told CTVNews.ca it’s aware of the “loophole” but it’s not preventing people from obtaining sites.

“We have investigated previous reports of overbooking and have determined that these occurrences are very rare, accounting for less than 0.5 per cent of all reservations in 2020,” a spokesperson said in an email to CTVNews.ca on Friday. “While there are customers who do book reservations for 23 nights, many fully honour those stays.”

The competition in securing a site is so stiff, people have turned to reselling permits on sites like Kijiji before going through the cancellation process.

Others are offering third-party “guided tours.”

“Can’t book a campsite? Have always wanted to go backcountry camping but don’t’ know how?” reads a posting.

Someone boasted of creating a “bot” to mass-book campsites then resell them to the general public. 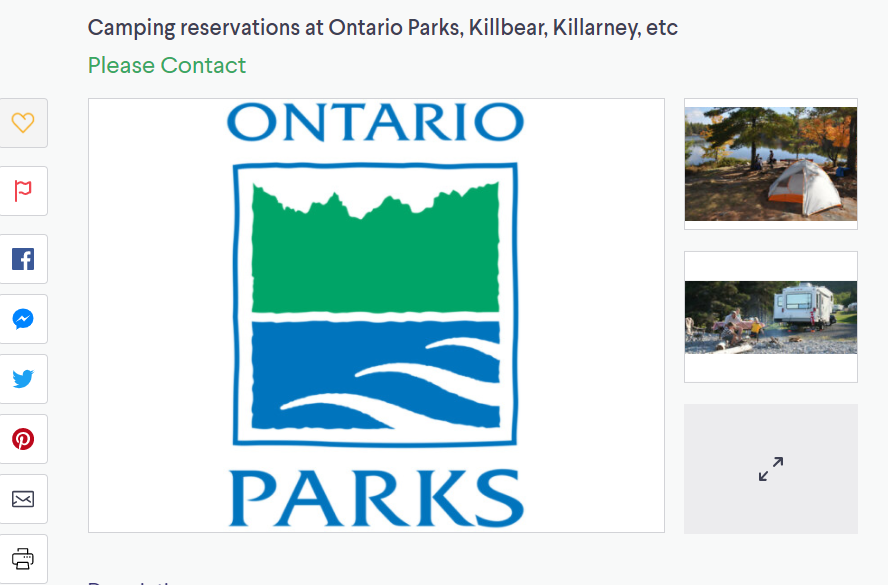 “Campsites at Ontario parks can be booked up to five months in advance, but demand is so strong for camping that it is nearly impossible to make a reservation,” reads the post. "We use state of the art automation technology for site booking and registration. We love camping ourselves, and have been offering this service to family, friends and friends of friends for years.”

The government said the reselling of permits is out of their hands.

“These operators and individuals are not associated with Ontario Parks. The reassignment of reservations by outside operators or individuals is permitted under provincial park legislation," its spokesperson said. "The park permit must be modified to reflect the new reservation holder."