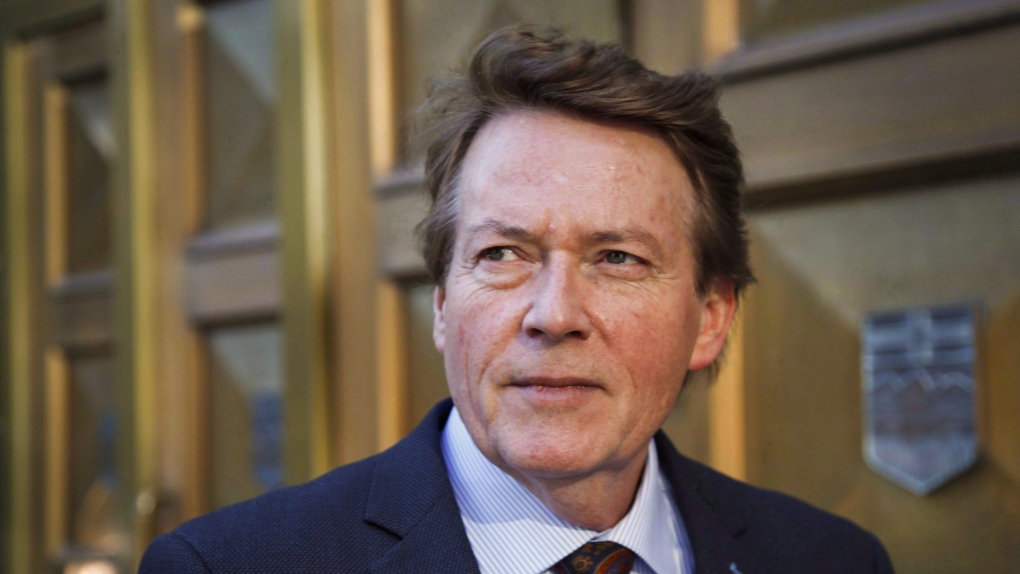 Former TV journalist Arthur Kent outside court during a break in his lawsuit against Postmedia and other individuals related to a 2008 column, in Calgary, Alta., on Nov. 16, 2015. (THE CANADIAN PRESS/Jeff McIntosh)

CALGARY - The editor of the Calgary Herald says an article at the heart of a defamation lawsuit launched by former journalist Arthur Kent is defensible because its main facts are true.

Lorne Motley says the paper often runs columns on news pages and it was clear Don Martin's article was an opinion piece.

Kent is suing the Herald's parent company Postmedia and Martin over the 2008 article, which was published when the former journalist known as the Scud Stud was running in the Alberta election.

The column called Kent a "dud" on the campaign trail and portrayed him as an ego-crazed star who refused to be controlled by the Progressive Conservative party.

The column was based on information from unnamed sources and didn't include comment from Kent.

Motley says the use of anonymous sources is not uncommon when dealing with senior reporters and columnists.