'Her voice was stolen:' Tina Fontaine's family looking for answers after acquittal 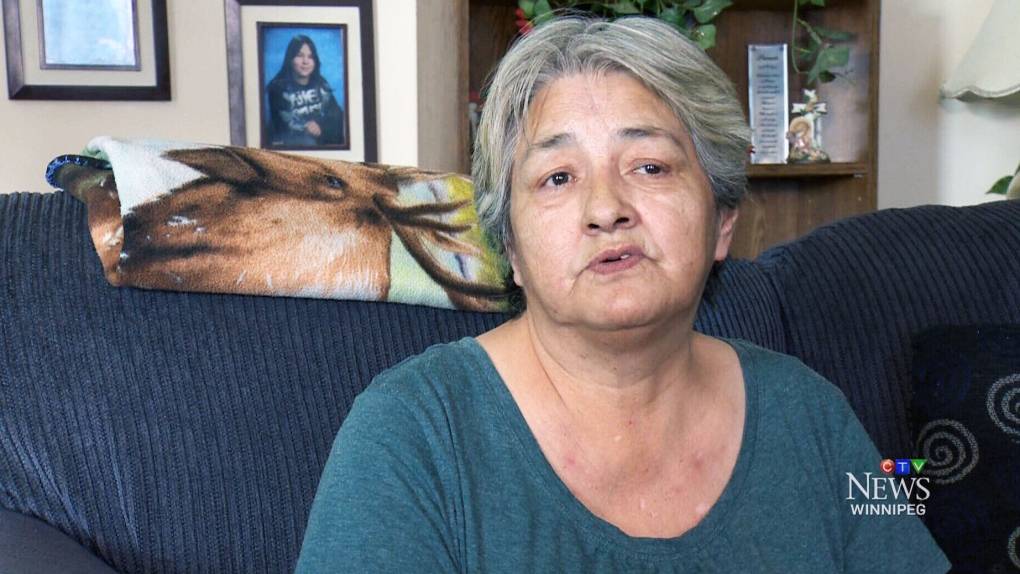 SAGKEENG FIRST NATION, Man. - Thelma Favel woke up every morning before going to the Winnipeg courthouse, looked around her room and wondered what her grand-niece might have thought when she stayed in the same hotel in her final weeks alive.

During the second-degree murder trial for Raymond Cormier - the man acquitted last month of killing Tina Fontaine - Favel wanted to put herself in the teenage girl's shoes.

Favel stayed in the same downtown hotel where the young girl was placed by Child and Family Services and walked the same streets where Tina was last seen alive.

"I just found strength every day to get up and go. I walked the hallways, wondering which room she was in," Favel told The Canadian Press. "I just felt so close to her there."

Security camera footage was shown in court of Tina falling asleep between two cars behind a building named after Helen Betty Osborne - a Cree woman kidnapped and killed in Manitoba in 1971. Favel went there, too.

Tina spent much of her young life living with Favel on the Sagkeeng First Nation, north of Winnipeg. She was a kind girl who liked to study math and science, Favel said. She had a lot of friends and never got into trouble.

But after her father was murdered in 2011, Tina had difficulty coping. She left the First Nation in June 2014 to reconnect with her mother in Winnipeg. When Favel didn't hear from the girl, she called Child and Family Services for help.

In the following weeks, 15-year-old Tina disappeared multiple times, returned to government care and was placed in a hotel.

Her 72-pound body, wrapped in a duvet cover and weighed down by rocks, was pulled from the Red River that August.

Her death renewed calls for a national inquiry into missing and murdered Indigenous women and inspired volunteer groups such as the Bear Clan Patrol to protect the vulnerable on the streets.

Favel said she had faith in the justice system as she sat in court nearly every day throughout the more than three-week trial. She listened to testimony from experts and from people who knew Tina in Winnipeg. She heard audio of Cormier himself, recorded by police during a six-month undercover operation.

"Tina was with me. She was there with me every single day and I had my rosaries around my hand every day. That's where I got my strength. I had to do it for Tina," said Favel, breaking into tears.

"Her voice was stolen. She was silenced forever so I had to be there to be her pillar of hope, to get justice for her. Even that I failed at."

After a jury acquitted Cormier, rallies were held across the country for Tina. But Favel and her family are left wondering how Tina died and whether she will ever get justice.

Favel is exhausted and her husband has suffered two strokes - one right after Tina's body was found and another when the trial started.

"I thought he was the strong one, but big men do crumble because she captured his heart," Favel said. "Tina was his heart."

Tina was tiny but powerful, Favel said. The teen's family has found strength in the way her life and death have become a rallying cry for change.

Favel is not optimistic the acquittal will be appealed and said she would like to see other charges laid against Cormier. If there is an inquest or inquiry into Tina's death, Favel said she will still be there every step of the way.

Talking about Tina still hurts - it's a reminder of a young, promising life taken too soon. But Favel said she knows it's important because "God had other plans for Tina."

"She was silenced but still her cries are being heard everywhere. This is not over yet. She is going to do something about all of this wrong that is going on."