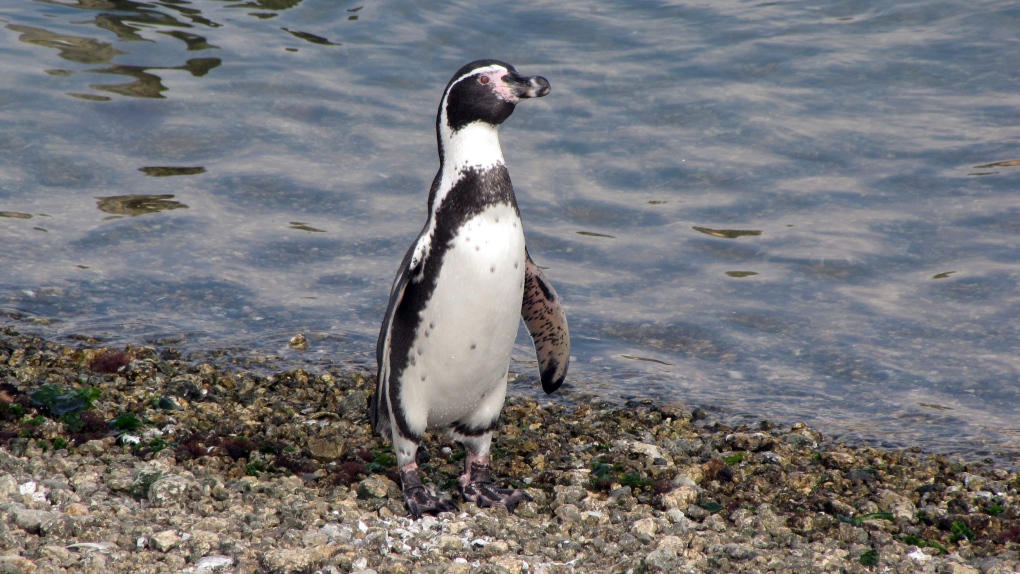 CALGARY -- Watchdog group Zoocheck Canada is calling for surveillance cameras in all animal enclosures following the puzzling drowning deaths of several penguins at the Calgary Zoo.

Zoo officials have said a colony of 22 Humboldt penguins was fine when a zookeeper left Wednesday afternoon. Seven were found dead when staff arrived Thursday morning.

The zoo has called the deaths baffling and says an investigation is looking into what happened, including the possibility that something caused the penguins to panic before they drowned.

"It's hard to imagine that an animal like a penguin can drown overnight," Julie Woodyear with Zoocheck in Toronto said Friday.

"These are animals that can go and swim for very long periods of time, days on end."

The zoo's penguin exhibit had been closed for maintenance and the colony was staying in a back holding room with two pools. While the building has cameras in public areas, there are no cameras in the back, said zoo spokeswoman Larissa Mark.

The 15 remaining Humboldt penguins were kept in the holding area but staff closed access to the pools Thursday night.

Jamie Dorgan, director of animal care, has said staff sampled the water and checked temperature and air conditioners, but nothing was out of sorts. Necropsies on the penguins confirmed they drowned.

Woodyear believes the deaths may never be solved.

"I don't think we're ever going to get the answers about what happened here, because there were no surveillance cameras in there. There's no good excuse for that."

She said zoos around the world spend most of their money building and refurbishing animal exhibits instead of on animal welfare, and should include surveillance cameras.

If cameras had been keeping track of the penguins -- and staff had been monitoring them -- the birds might have been saved, Woodyear said.

"They're responsible for keeping these animals safe in a captive environment. Seven animals died in one night and they don't know why."

The zoo has been criticized before over the deaths of several of its animals. In 2008, about 40 stingrays died because of a lack of dissolved oxygen in a tank. Earlier this year, an otter drowned after it became entangled in a pair of jeans it had been given to play with.

Humboldt penguins live off the coasts of Chile and Peru and, although they don't migrate as much as other penguins, they're still built for water.

Ginger Rebstock, a penguin researcher at the University of Washington in Seattle, said they can swim for hundreds of kilometres and sleep on choppy water.

"I really can't imagine a penguin drowning without something being wrong with the penguin or the water it's in," Rebstock said.

They still need to breathe every few minutes and could drown if trapped by something such as a fishing net, she added. They might also panic if a predator is nearby.

Rebstock is at a loss to explain what may have happened to the penguins that drowned in what should have been a safe zoo environment. "I'm totally baffled by it as well."

Naturalist Brian Keating, a former employee at the Calgary Zoo, called the deaths sad and weird. He hopes staff figure out what went wrong so it doesn't happen again.

Having video footage would help solve the mystery, he added, but no one would think that such docile animals and avid swimmers would need to be monitored.

"You don't think of anything adverse happening. I mean, they're penguins."