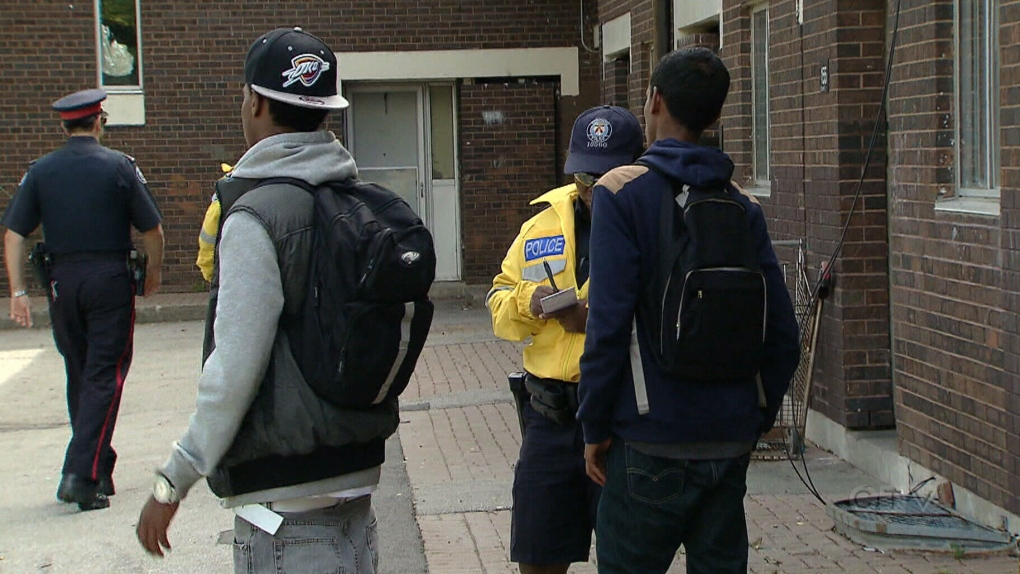 A report found black people are six times more likely than white people to be stopped by police in Halifax. (FILE/CTV)

Halifax's police chief has issued a formal apology to Nova Scotia's black community today over the practice of street checks.

Chief Daniel Kinsella says police are sorry for actions that have caused pain, mistreatment and victimization.

Kinsella says while decades of injustices can't be undone, police are committed to doing better in the future.

He says his hope is the apology shows the black community that police are committed to change.

The Nova Scotia government announced it would permanently ban the practice last month after retired chief justice Michael MacDonald issued a formal opinion that it is illegal as practised in Nova Scotia.

MacDonald's analysis concluded the practice of randomly stopping citizens, taking down information and then retaining it in files contravenes citizens' constitutional and common law rights.

During the October meeting of the board of police commissioners, the chief said it would take time to improve the police force's relationship with the black community -- and that street checks was only one of the areas he's working on.

When the 54-year-old chief took over the job in July, he said in his opening speech that he intended to build a "platform of trust" with the city's minorities.

A study by University of Toronto criminologist Scot Wortley released earlier this year found African Nova Scotians in the Halifax area were more than five times more likely to be stopped by police. The street checks were found to have had a "disproportionate and negative" impact on the black community.

An internet-based community survey conducted for the study indicated "overall confidence in law enforcement is relatively high," but noted that just 28 per cent of black respondents "trust the police."