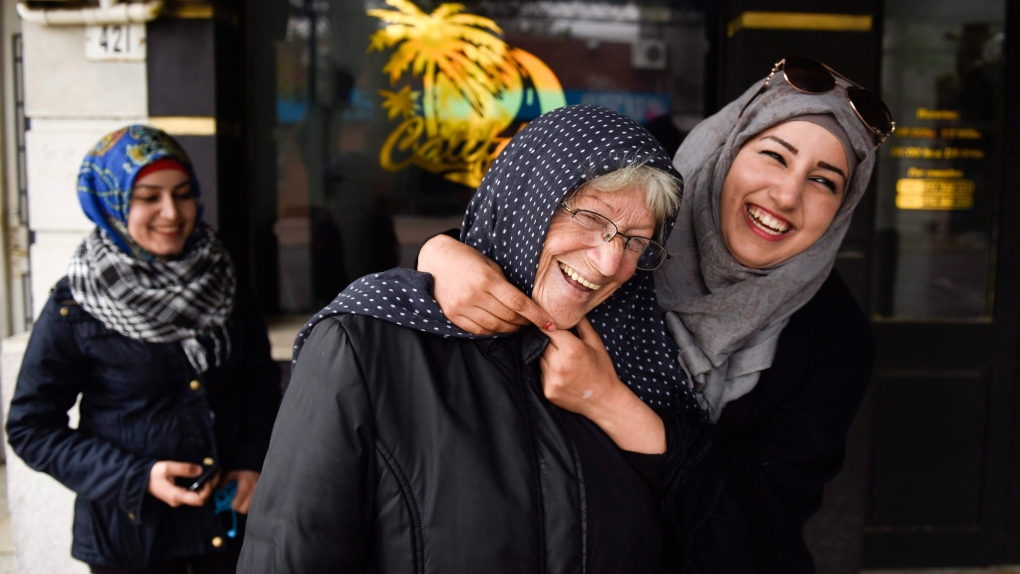 HALIFAX -- Members of Halifax's Muslim community are confronting misconceptions about their faith by holding an information session about the hijab this weekend.

Anyone who stops by the Halifax Central Library for "Hijab Day" on Saturday will be invited to try one on.

Dr. Abdelkader Tayebi, imam for the Ummah Mosque in Halifax, says he hopes the first-person experience will help people better understand those who wear the hijab, which covers the head and neck but not the face.

"It's no longer something that is related to a minority or a couple people, so it has surfaced as a matter of concern to Canadians," he said. "It's being seen as something imported from outside, from the Middle East, whereas it is now a Canadian thing."

Tayebi says there are many mistaken ideas surrounding the hijab, including the notion that men are forcing women to wear them.

One event organizer hopes the simple act of trying on the hijab will help to forge a path to a larger understanding of Islam that could dispel anti-immigrant sentiment, focused on Muslims, that have been fanned by the recent attacks in Paris and Beirut.

"We figured that it would be a good time for Canadians everywhere, from different backgrounds, to come together and acknowledge our differences," said Maram Saidi.

In the wake of the attacks in Paris, mosques in Canada have been vandalized and torched, and a Muslim woman was attacked and beaten Monday in Toronto while picking up her children from school. On Wednesday, Montreal police announced the arrest of a man following the release of a YouTube video in which someone says one Arab would be murdered in Quebec every week.

Tayebi said his wife has been yelled at to "go home," and Saturday's event will include some female students who have stopped wearing the hijab entirely, fed up with repeated questioning and teasing.

"I think it's hard for some people just because of racist comments," says Saidi. "Through this event, we're trying to get rid of the racism and show that we're all human."

Jennifer Watts, a city councillor, says the event is a good chance for people from the community to engage in a healthy discussion.

"It's a great way for non-Muslims to have a chance to meet and engage with people that are in their community and in their neighbourhood and have a really interesting conversation."

The event takes place at the Halifax Central Library from 12 p.m. to 4 p.m. on Saturday.