Group to review endangered status of whales that ply Canadian and U.S. waters 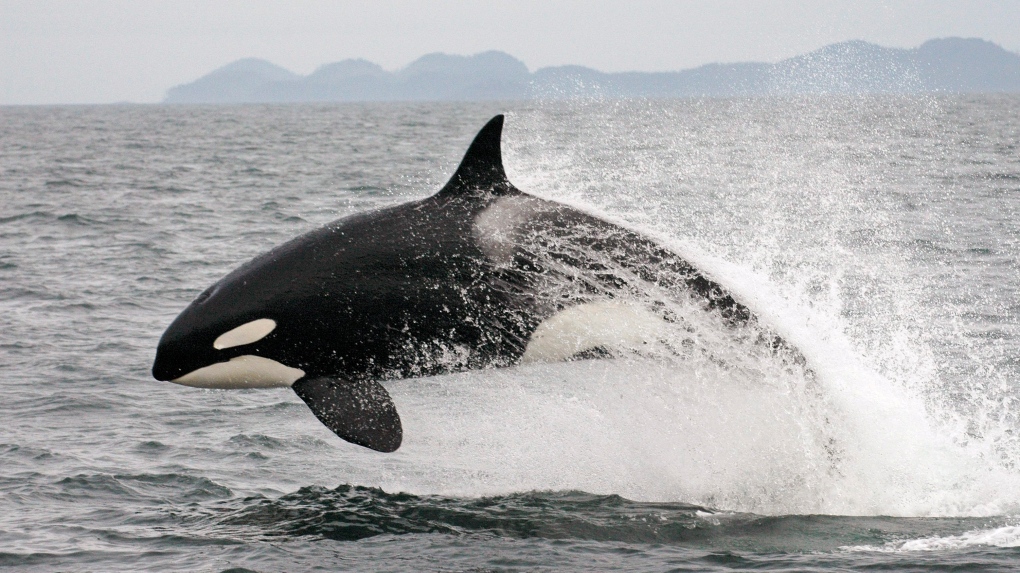 In this file photo from July 2005, a transient killer whale breaches off the coast of British Columbia. (Department of Fisheries and Oceans, Graeme Ellis)

VANCOUVER -- An American law firm has taken on the case of farmers who want killer whales that live in the waters between British Columbia and the U.S. removed from the endangered species list.

The California-based Pacific Legal Foundation has filed a petition on behalf of two agricultural companies asking the National Oceanic and Atmospheric Administration to delist the southern resident killer whales.

The administration has agreed to examine the status of the whales, saying the petition presents new information from scientific journals that claim the whales are genetically linked to a much larger population and therefore, are not in danger of extinction.

The pods ply the waters off the B.C. and Washington state coasts for much of the year and feed on salmon.

Scientists believe there are 86 southern resident killer whales, which were listed as endangered by the U.S. in 2005 when there were 89 of them.

Canada listed the orcas as endangered under the Species At Risk Act in 2003.