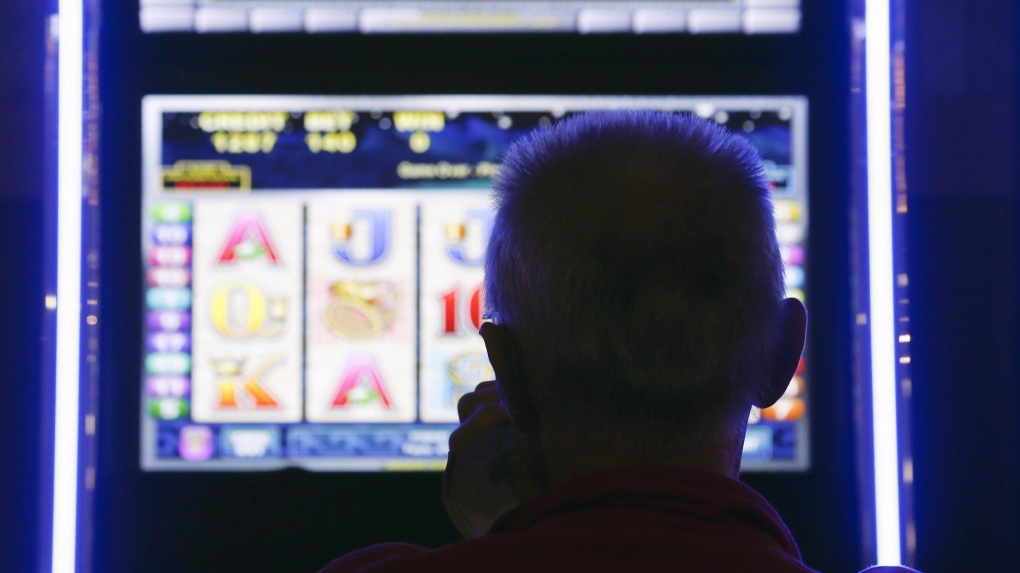 A man plays at a video lottery terminal at Tioga Downs, in Nichols, N.Y., in a Thursday, Oct. 16, 2014 file photo. (THE CANADIAN PRESS/AP/Mike Groll)

ST. JOHN'S, N.L. -- An intriguing court case that alleges Crown-owned video lottery terminals are inherently deceptive and violate the Criminal Code has reached a critical milestone in Newfoundland and Labrador.

And the outcome of the case could have implications for VLT gaming across Canada.

The Newfoundland and Labrador Court of Appeal has cleared the way for a class-action lawsuit to go ahead, rejecting arguments for dismissal from the Atlantic Lottery Corp., which operates in all four Atlantic provinces.

"VLTs are inherently deceptive, inherently addictive and inherently dangerous when used as intended," says a statement of claim filed in 2012. The lawsuit was certified as a class action in early 2017.

Among other things, it alleges VLTs should be considered illegal because they don't fit the Criminal Code definitions for slot machines, fair games of chance or lottery schemes.

More importantly, the plaintiffs allege VLTs more closely resemble a gambling card game known as three-card monte, which at first glance appears to be a straight-forward test of tracking one of three cards as they are moved about.

The lawsuit argues the sleight-of-hand tricks used in this con game are not unlike the manipulative electronic programming VLTs use to create "cognitive distortions" about the perception of winning.

"The point of having this provision in the Criminal Code ... was to prevent people from being deceived by charlatans and tricksters who use sleight-of-hand to make people lose their money," Baert said in an interview.

"Our point is that technology has evolved, and this is just the same thing -- but it's being done through a machine instead of a human being at a table or at a carnival."

The Atlantic Lottery Corp. has insisted the highly regulated electronic games are decided only by chance.

In its ruling last week, the appeal court effectively rejected the plaintiffs' claims that the use of VLTs violate the federal Competition Act and a British law from 1710 known as the Statute of Anne, which was aimed at preventing deceitful gaming but fell into disuse.

The corporation has yet to say whether it will seek an appeal before the Supreme Court of Canada.

Aside from Babstock and Small, who are both retirees, those included in the class action are as many as 30,000 people in Newfoundland and Labrador who paid the lottery corporation to gamble on VLT games any time after April 2006.

The lawsuit is seeking damages equal to the alleged unlawful gain obtained by the corporation through VLT revenue.

As well, the plaintiffs are seeking an injunction that would bar the corporation from using VLTs, based on the assertion that the terminals do not constitute a permitted lottery under federal law.

If the lawsuit is successful, similar claims could be filed across Canada.

Citing a third-party study, the lawsuit says the odds of winning the $500 maximum prize from a VLT in Newfoundland and Labrador are roughly 270,000 to 1, which would mean a long-term player would likely lose about $30,000 before hitting the jackpot.

The statement of claim goes on to allege VLTs employ what is called "subliminal priming" to induce players to hyper-focus "and to create a dangerous dissociative mental state, wherein players cannot make rational decisions to continue to play or not."

The goal is to leave players "mesmerized," in the same way those duped by the three-card monte ruse can hardly believe their eyes, Baert said.

"It's predetermined that you will lose," he said. "The more you play, the more you lose."