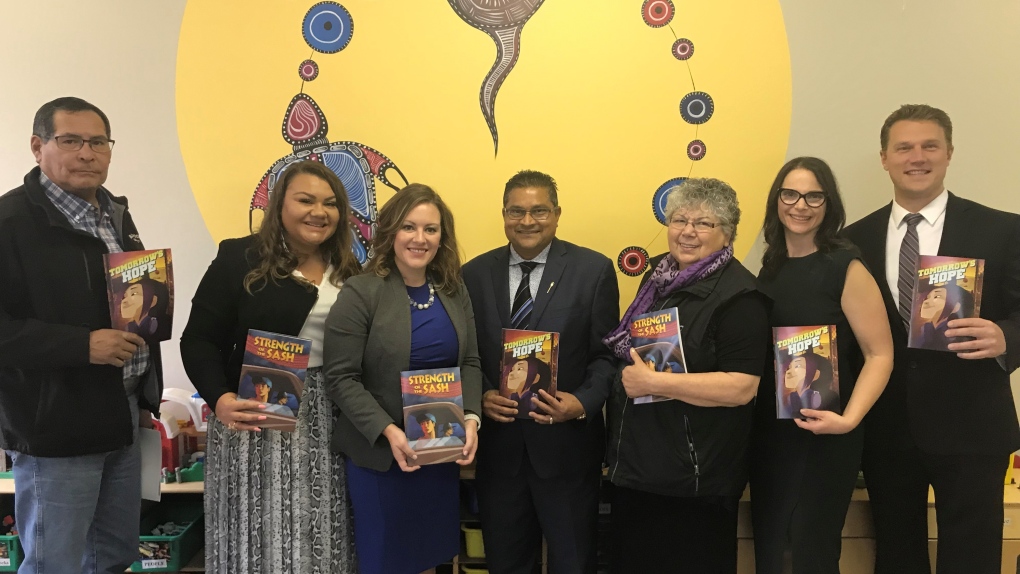 CALGARY -- The Alberta government is turning to comic books to address the issue of suicide and assist with suicide prevention among Indigenous and Metis youth in the province.

Alberta has one of the highest provincial rates of youth suicide in Canada and the rate among Indigenous youth is five to six times higher than the general population.

The province selected Healthy Aboriginal Network last summer to develop two graphic novels aimed at youth suicide prevention which were unveiled at a news conference in Calgary on Tuesday.

"Tomorrow's Hope" targets First Nations youth and "Strength of the Sash" is aimed at Metis young people. Each reflects their unique experiences and cultural traditions.

"Indigenous peoples in Alberta are even more likely to have been impacted by this terrible loss," said Rebecca Schulz, Alberta's Minister of Children's Services.

"The novels were created by and for First Nations and Metis youth and provide an opportunity for honest conversation about youth suicide and, most importantly, support and encouragement to reach out and ask for help if you need it."

Schulz said the idea came from a recommendation from the Office of the Child and Youth Advocate, which is mandated to work with vulnerable young people, and Alberta's Ministerial Panel on Child Intervention which called for more "culturally appropriate" resources for Indigenous and Metis youth.

More than 100 Indigenous youth from across Alberta, in addition to First Nation and Metis producers, writers and artists, were consulted in the development of the stories.

"Young people provided feedback and shared their real stories and experience so that these resources, graphic novels, could be marketed and meaningful for young people and hopefully spark some of those difficult conversations," Schulz said.

The comic books are targeted at those who are 13 to mid-20s.

Schulz said the material is only available in English but will be translated into Indigenous languages upon request.

Mara Grunau, executive director of the Centre for Suicide Prevention, said it's exciting to see the graphic novels come to life.

"Suicide is a public health and a mental health crisis here in Alberta, in Canada and in much of the western world."